An Animal Ecology degree that has seen USC students tracking sun bears in Cambodia and kangaroos on campus has graduated its first students this week.

On Wednesday 11 April, the group of 27 students received their Bachelor of Animal Ecology degrees at the first of USC’s 11 graduation ceremonies at Matthew Flinders Performance Centre.

Lecturer in Wildlife Ecology Dr Scott Burnett said the students were graduating with plenty of practical experience, having monitored local and international wildlife, worked in laboratories, collected immense amounts of data and managed that data effectively.

“There are about 180 species of wildlife on campus including reptiles, birds, small mammals and frogs, so the University itself is a classic wildlife classroom,” Dr Burnett said.

“The information students collected has actually been used to help guide habitat protection and development on campus and across the region, and the research they are doing replicate a real-world situation, ensuring they are job-ready.”

The cohort attended many field trips, including to Fraser Island, Stradbroke Island, the Granite Belt, South East Asia, South Africa, and the Galapagos Islands, to name a few.

Dr Burnett said fieldwork also included collecting and analysing a lot of data, including camera surveillance underwater or in the bush.

“The students learn to deploy wildlife surveillance equipment in the most effective ways but the most important skill is managing all the data that comes in,” he said.

“Using this data well ensures our graduates have a solid research understanding, which builds on a theoretical grounding of ecological principals and population ecology.

“They have an understanding of where the animals are, how many there are, and how they are interacting with their environment.

USC introduced the Bachelor of Animal Ecology in 2015.

“This program has been more popular than we had hoped and that’s because we developed it to ensure it stands out in terms of hands-on experience,” Dr Burnett said. 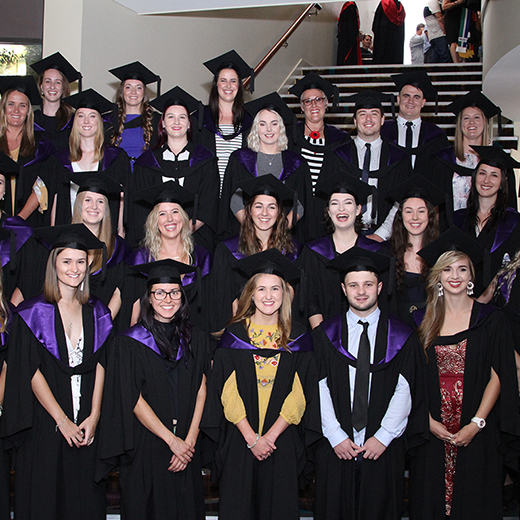