Gympie’s Bronte Newcombe has been named USC’s top graduating Accounting student and has gained one of its highest academic honours – a University Medal.

The 22-year-old will be presented with the medal for academic excellence when she graduates with a combined Bachelor of Business and Commerce (Financial Planning) from USC on Friday 13 April.

Among the graduates will be 20 students, including Ms Newcombe, who are the fourth cohort of students to complete degrees at USC’s Gympie campus.

Ms Newcombe maintained a near perfect grade point average of 6.94 out of possible 7 during four years of study to earn the University Medal.

It will be her second honour in as many weeks, after receiving the CPA Australia Award for the highest achieving graduating Accounting student at USC’s recent Faculty of Arts, Business and Law Awards and Prize ceremony.

It is the fourth year in a row that the former Victory College student has shone at the awards since starting her studies at USC Gympie in 2014.

Last year she was received two awards, including the prize for the top student in Auditing and Professional Practice. The previous year she was presented with three major awards.

“Strangely enough I switched out of accounting in senior high school, but developed a real passion for finance during my degree,” said Ms Newcombe, who is now working as a management accountant at a Gympie firm.

She said balancing her study and with a good social life was the key to her exceptional grades.

“I found the more I enjoyed life, the better my results. This can be done by scheduling each day and making sure you choose electives that suit your timetable and interests.”

Having the flexibility to complete most of her subjects close to home at USC’s Gympie campus was an advantage, and allowed Ms Newcombe to stay on top of her busy schedule, which included part-time work.

“USC has a friendly, supportive environment and is a great place to learn, especially with its multiple campuses,” she said. 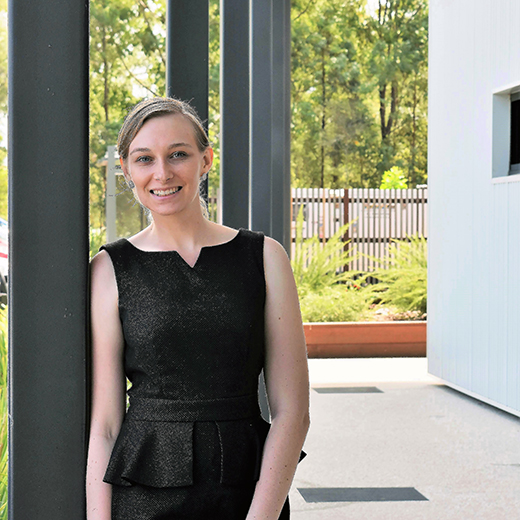