There is no nervous wait for aspiring Sunshine Coast singer and songwriter Jamison Kehl ahead of the release of OP scores this Saturday.

The Noosa District State High School student found out in the final week of Year 12 in mid- November that she had a place in USC’s Bachelor of Creative Industries, majoring in music.

Jamison is one of more than 750 school leavers from 105 different Queensland schools who opted to apply for early and guaranteed offers to USC degrees this year before receiving their Year 12 results and Overall Position (OP) scores which determine university entry.

The popularity of the scheme is growing, with an increase of almost 40 percent in applicants from 2017 and a 24 percent jump in the number of participating schools in the past two years.

Jamison, who is enjoying a holiday in Canada over the Christmas break, said it was a relief not to have to deal with the stress of waiting for results and university offers.

“It allows me to focus on the other super-exciting aspects of uni life. It creates a sense of closure knowing that I am definitely going to my desired university next year and gives me more time to prepare for the transition and get excited,” she said.

The 17-year-old whose debut single "Limerence" was recognised in the 2018 Queensland Music Awards, said she applied for the early offer after discovering USC’s music major, introduced this year, catered for what she wanted to accomplish musically.

“I have known for a few years now that I wanted to pursue a career in music, but I was stumped about whether to continue studying after high school,” said Jamison, who is aiming for a career creating and performing her own songs.

“USC introducing a new music major is such a win-win. The campus is close to home and the program is so broad in learning opportunities about the entire music industry,” she said.

“I have not committed myself fully to one genre of music – I find joy in performing all of them and trying new things so I'm not ready to put all of my eggs in one basket.”

USC will be familiar territory for Jamison. As well as a stint as an official USC vlogger this year, she gained a scholarship with USC Director for Vocal Arts Suzanne Kompass who trained and mentored her for the lead role in her school’s production of Mary Poppins.

“To be eligible for the program students need to complete any prerequisite subjects for their chosen program, ensure their academic performance and potential is in line with the OP or rank required, and have the endorsement of their school,” she said.

Professor Nelson expects interest in early offers to grow with the introduction of Australian Tertiary Admission Rank to replace the OP system, starting with Year 11 students in 2019.

Applications are still open to study at USC next year. 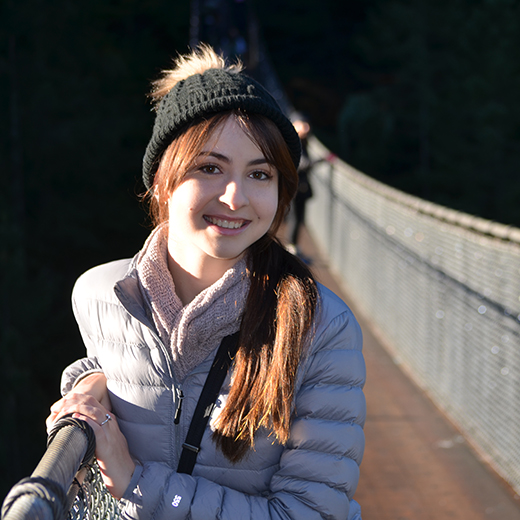 Year 12 students can put some of the stress of the new ATAR system and COVID-19 learning disruptions behind them with USC fast-tracking its early offer guarantees for 2021.

There are still four months to go in 2020, but Year 12 student Alyssa Dakin has already accepted an offer to study Occupational Therapy at USC next year.