Scientists have found a surprising link between internet searches about melanoma and the number of officially confirmed cases.

A team from the University of the Sunshine Coast, QUT and Cancer Council Queensland compared Queensland internet search data on Google with officially diagnosed cancers from the Queensland Council Registry.

Lead researcher Professor Michael Kimlin said the study found no link between the registry and searches for other forms of cancer such as breast, colon and bowel cancer, but it was a different story for melanoma.

“With melanoma, the relationship is there between the searches and the statistics. It’s not large, but it’s significant,” Professor Kimlin said.

“It means that people who might see a lesion on their skin that rapidly develops or is an unusual shape or colour, they might then use Google to see what a melanoma looks like and then seek a diagnosis with their health care provider.”

He said the findings showed how big data could be used to improve public health responses around cancer control, similar to how it had been used to predict infectious disease outbreaks.

“If we do more research and find a relationship around melanoma and internet search queries, it may allow us to target messages and prevention campaigns when a community is particularly at risk of melanoma,” he said.

“For example, if we have a sudden upswing of searches for melanoma in Cairns in the middle of winter, we would be able to deploy more sun protection strategies and resources in those particular areas at the right time.

“The methodology needs further refinements before we can reliably use internet search engines to gain useful insights into the burden of cancer, however this is an exciting first step.”

Professor Kimlin said other cancers were not as externally visible on the body, which could explain why the number of searches were not reflected in official statistics.

“It shows us that people’s ability to self-diagnose is not good,” he said.

“We’d always recommend seeing a medical doctor if you have concerns.”

The study Google as a cancer control tool in Queensland is available online at: https://www.researchgate.net/publication/321505525_Google_as_a_cancer_control_tool_in_Queensland 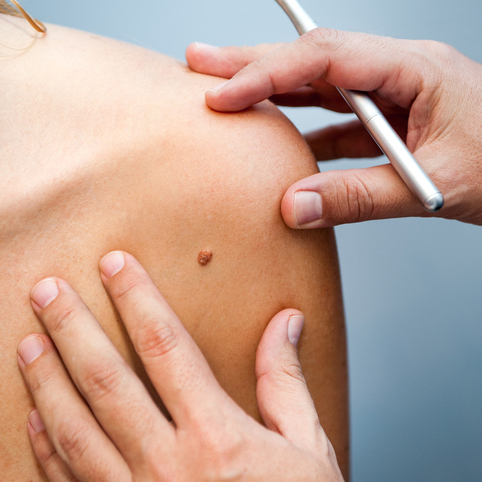