USC Drama students will perform the celebrated Australian play Cosi from 21-23 February at The Majestic Cinemas and Events Centre in Nambour.

Set in a psychiatric hospital, Cosi is a semi-autobiographical play about a director who puts on a production of Mozart’s acclaimed libretto Cosi fan tutte with a rag-tag but lovable cast.

Dr Loth said the cast and crew have relished the opportunity of tackling the challenge.

“The pressure has been on for them to step up to a professional level, and I’ve been really impressed by how they are handling it,” Dr Loth said.

“They are now developing an understanding of what it takes to be involved in a full professional production.”

The 10-member cast have been supported by another 11 drama students in the production crew who are working hard behind the scenes to help put on the gala event.

“Cosi is a perfect play for these USC students because it has such vivid, eccentric characters who are quite lovable, so it gives them a lot of scope as actors,” Dr Loth said.

Dr Loth said Mr Evans was asked to direct this play because his work was of the highest industry standard.

“Daniel is a director who I have always admired for his clarity of vision and ability to create thrilling theatrical experiences, so it is wonderful to have him work with our USC students,” Dr Loth said.

Mr Evans, who won the 2014-15 Queensland Premier’s Drama Award for his play Oedipus Doesn’t Live Here Anymore, said Cosi was a celebration of the magic of theatre.

“This production puts USC students front and centre in one of the classics of the Australian theatrical canon,” Mr Evans said. 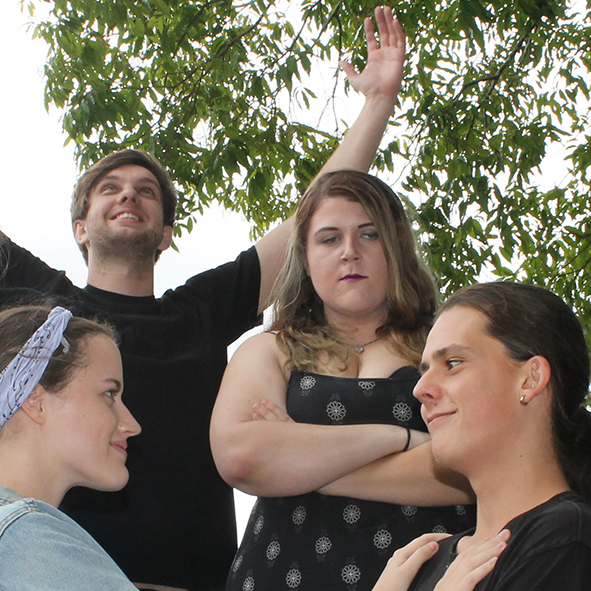