Three University of the Sunshine Coast researchers have been selected as global authors of a report that will inform every government in the world on climate change.

They join Working Group II, focused on authoring the section on the global social and ecological impacts of climate change.

Professor Patrick Nunn, lead author of the chapter on Small Islands, said having three authors selected from USC was testament to the strength of the university’s climate change expertise, which spanned many sectors from ecology to engineering.

“The report has historically been dominated by Europe and the United States, so it is a double honour that scientists from USC, a small and young university, have been selected among the Australian authors,” he said.

The Sixth Assessment Report will inform policymakers, international climate negotiators and other stakeholders about the latest knowledge on all aspects of climate change.

Professor Nunn, who was a lead author on the previous report between 2009 and 2013 said the chapter he worked on had been cited more than 1000 times, proving its enormous international impact.

“IPCC really is the top body for climate science anywhere in the world and this report is internationally regarded and hugely influential,” he said.

Dr David Schoeman, coordinating lead author of the chapter on ocean and coastal ecosystems and their services, said governments around the world used the report to inform decisions at a country and regional level.

He said the Sunshine Coast would be particularly impacted by rising sea levels caused by climate change.

“The water level is rising by two to three millimetres every year, which doesn’t sound like much, but coastal erosion occurs at about 100 times that rate, so we are losing 30 centimetres of coastline every year. That’s a metre every three years,” he said.

“As the Sunshine Coast stands at the moment, I think it is reasonably robust, but building new high rises at the beachfront is not a good idea.

“With new developments going up all the time, it’s important that we safeguard those investments in future.”

Professor Tim Smith, lead author on the Australasian chapter, said it was quite rare for one institution to host three IPCC authors.

“The authors are spread across many institutions globally, so for USC to appear three times is quite incredible,” he said.

The report’s three working groups cover climate modelling, impacts and adaptation respectively. The full report will take four to five years to complete and is expected to be published in 2021 or 2022. 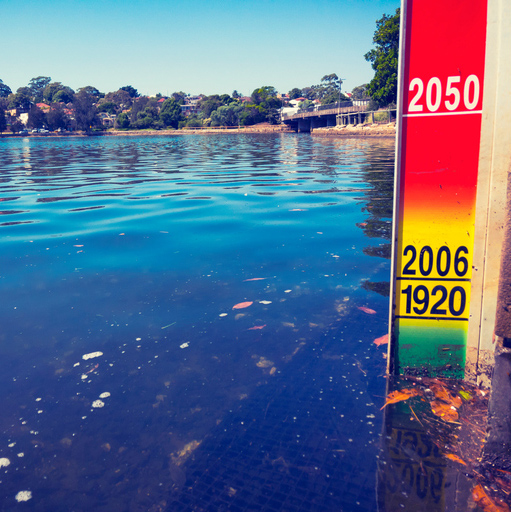