The University of the Sunshine Coast is unveiling plans for a giant “water battery” run by solar panels in a bid to become carbon neutral by 2025.

It is expected to save more than 92 thousand tonnes of CO2 emissions over 25 years, equivalent to the carbon emissions of 525 average Australian houses for the same period.

Vice-Chancellor Professor Greg Hill said the project was a major step towards the university’s goal to become carbon neutral by 2025, and was expected to be operational by early 2019.

“Sixty percent of our energy is used for chilling water for air conditioning, so our Asset Management Services team and Veolia have come up with a way we can harness solar energy for cooling water and storing it.

“This will reduce the campus’s grid electricity use by 36 percent and will lead to an estimated $100 million saving over the 25-year life of the project,” Professor Hill said.

“We will use environmentally friendly refrigerant gas, and campus lake water for the air conditioning cooling towers, resulting in a saving of 802 megalitres of potable water.”

Also included in the project will be an automated system that will select and switch to the most appropriate energy source at any given time, whether that is stored chilled water, solar energy or electricity from the grid.

“On cloudy days when the solar isn’t operating at peak, the system will use grid electricity at night-time when electricity rates are lower,” Professor Hill said.

“The system will react to changing conditions on campus and select the best source of energy to minimise energy use, carbon emissions and cost.”

Professor Hill said the project will be used to teach engineering and sustainability students.

“This is proof that we’re an innovative university leading the way on sustainability initiatives, and we’re using this newest technology to inform the engineers of the future.”

Grant Winn, Executive General Manager – Energy and Refractories, Veolia Australia and New Zealand, said: "Veolia is excited about working with USC on such an innovative sustainability project where we will help reduce the energy consumption and carbon emissions of the campus through sourcing renewable solar energy, whilst also reducing potable water usage." 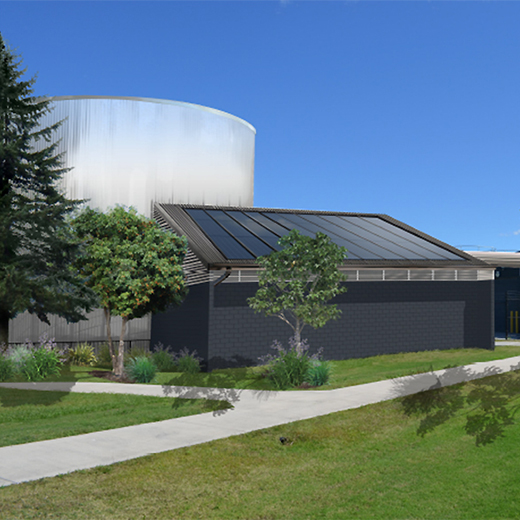