The $94,000 project, which is backed by Sunshine Coast Council, aims to record the abundance and biodiversity of fishes in the surf zone along the region’s sandy beaches.

It is assessing at least 20 locations from Peregian Beach to the northern end of Pumicestone Passage, all of which are popular spots for recreational anglers.

Professor Schlacher said baited underwater cameras would be set up in gutters close to shore and also beyond the surf breaks.

“Our focus will be on the biodiversity, abundance and distribution of species, many of which are keenly sought after by anglers,” he said.

“This project will produce the first‐ever ‘surf‐zone fish map’ of the Sunshine Coast, which will be an attractive community asset and a product that is highly engaging.

“It will be a world first in opening up a window to the underwater world of our sandy beaches.”

Sunshine Coast Council’s Environment Portfolio Councillor Jenny McKay said council was a proud supporter of the Surf Fish Ecology Project which will also focus on the effects of sand pumping associated with the new airport runway project has on the fish population.

“Early in the planning for the Sunshine Coast Airport Expansion Project we recognised our pipeline and dredge activities would have some impact on our coastline and its ecology, albeit for a short period,” Cr McKay said.

“We’re excited to be partnering with USC’s experts to understand fish movements around such activities while the pipeline is in place.

“Outcomes from the project will also further contribute to improving our understanding and management of the coast more broadly, as council seeks to maintain and improve the health of our coastal areas and sustain our valued coastal lifestyle and economy.

“The dredging will be complete before the beginning of the next turtle nesting season in November 2018 and we will ensure the dunes associated with the dredging pipeline will be restored and revegetated,” she said.

Vision from underwater cameras from previous USC projects can be viewed at: www.youtube.com/watch?v=TnkZbSvzj1U&list=PLuqEMOpC4MAjnrBOMe4wWaNyEeM‐UMXMu 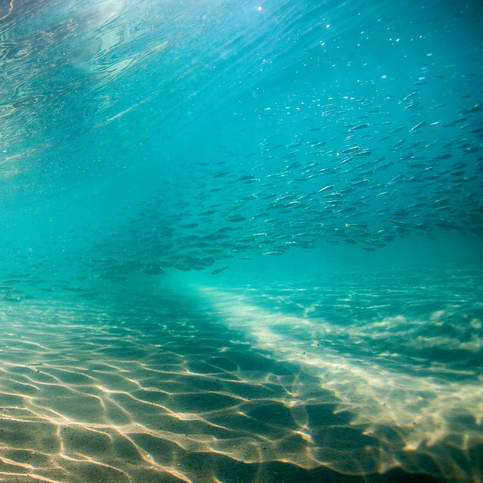