A USC researcher using ancient stories to make climate change relevant to Australian and Pacific Island communities has been honoured for his contributions to geography.

Professor Patrick Nunn was awarded the Royal Geographical Society of Queensland’s JP Thomson Gold Medal on 1 May for promoting and stimulating the study of geography.

Professor Nunn said he brought 25 years of geography experience in the Pacific Islands to Queensland when he began working for the University of the Sunshine Coast four years ago.

“I’m interested in how ancient stories have practical influence for the future,” he said.

He has been using communities’ own oral histories and mythology to explain scientific and geographical concepts and phenomena to enable optimal responses to threats from climate change.

“Many Pacific Island communities are reluctant to adapt to climate change because they don’t have an understanding or respect for science,” Professor Nunn said.

“One of the ways to encourage them to adapt is to talk about their history, which may have involved moving from one place to another, sometimes when land was washed away.

“Most communities like nothing better than to share their old stories, and I can use this history to make climate change relevant, balance the narrative and explain where I am coming from.”

Professor Nunn speaks fluent Fijian, is involved in six research projects on the Pacific Islands, and every year takes 10 undergraduate students on a research trip to remote parts of the region.

“The great thing about being a geographer is that it gives you licence to do almost anything that interests you,” he said.

“Very little research cannot be filed under the banner of geography. In large part I tend to follow my curiosity and instinct so I suppose I’ve been very lucky.”

Since moving to Australia, Professor Nunn has become interested in Indigenous cultural stories, which are potentially 65,000 years old, and using them to explain modern geographical concepts.

He is also first author of the currently most-viewed article in the Australian Geographer entitled Aboriginal Memories of Inundation of the Australian Coast dating from more than 7000 Years Ago.

On the occasion of the award of the JP Thomson Gold Medal by the Royal Geographical Society of Queensland in 1st May, Professor Nunn also delivered a public lecture – the annual Thomson Oration - in Brisbane that was entitled Whose dreaming? Ancient stories as memories, not fiction. 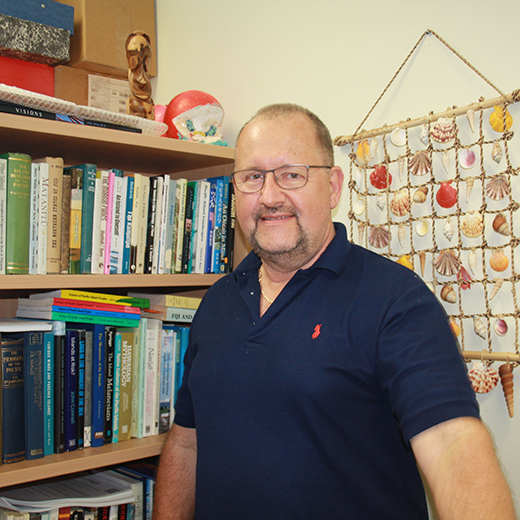