Packard, 24, of Palmview claimed gold as a member of Australia’s 4x100m medley relay team in one of the most exciting races in the pool at the Commonwealth Games in April.

He and his team mates Mitch Larkin, Grant Irvine and Kyle Chalmers stormed home to pip the England team by just 0.09 of a second and, in the process, set a new Commonwealth Games record time of 3:31:04.

At the 2018 Pan Pacific Swimming Championships in Japan in August, Packard was presented with three medals – one of each colour.

Packard has also represented Australia at the Rio Olympics, World Championships in Russia and the World Short Course Championships over recent years.

USC’s Team of the Year award was presented to the men’s futsal team that won a bronze medal at UniSport Australia’s National Division 1 Championships in September.

An Outstanding Service to Sport award was presented to Jacqueline Gofton and Louise Skuthorpe for their work with the USC cheer and dance team that also won bronze at the UniSport National Championships, Evie Barnes for her work with volleyball and beach volleyball and Samantha Kinnealy for her contribution to netball. 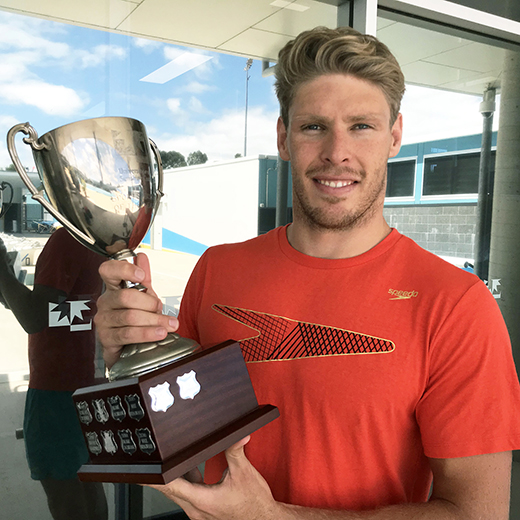