Karis Howard had always liked the idea of becoming a nurse, but an intense fear of seeing someone throwing up stopped her from pursuing it as a career for many years.

When she finally mustered enough courage, the 29-year-old Dicky Beach resident not only enrolled in a Bachelor of Nursing (Graduate Entry) at the University of the Sunshine Coast, but went on to graduate with a near-perfect score of 6.81 out of 7.

Karis says she is thrilled with her results, and to secure a position as a registered nurse at a private practice in Caloundra straight after graduation and will begin a graduate position with the Sunshine Coast Hospital and Health Service next year.

“I used to have a phobia of vomiting – I would just hear it and I would feel sick for hours, worried I would catch it,” Karis said.

“So instead of studying nursing, I got a degree in public relations and started working in marketing, but I felt unfulfilled.

“There was always a part of me that wished I had tried nursing,” she said.

After speaking to a few friends who were already working as nurses, she realised that no person fully loves every aspect of their job, and she decided to push through her fear.

“I’m so glad I did. I love it. I get to talk to all sorts of people every day. People put so much trust in you that you learn so much about them,” she said.

“You have an opportunity every day to make someone feel a little better and, as a result, I’m feeling passionate about something and I was lacking that before.”

And the emetophobia (fear of vomiting) is now a thing of the past.

Karis graduated with a University Medal for her academic achievement.

“It helped to really enjoy and be interested in what I was learning about. I wanted to know that I did all I can and I couldn’t do any better,” she said.

“It was also great having teachers that have worked in nursing and had a lot of experience.

“The times I loved the most were when the academics shared their experiences, like the time they helped someone who had a heart attack. That is how I like to learn, rather than reading about it in a book. That really helps to consolidate the information a bit more.” 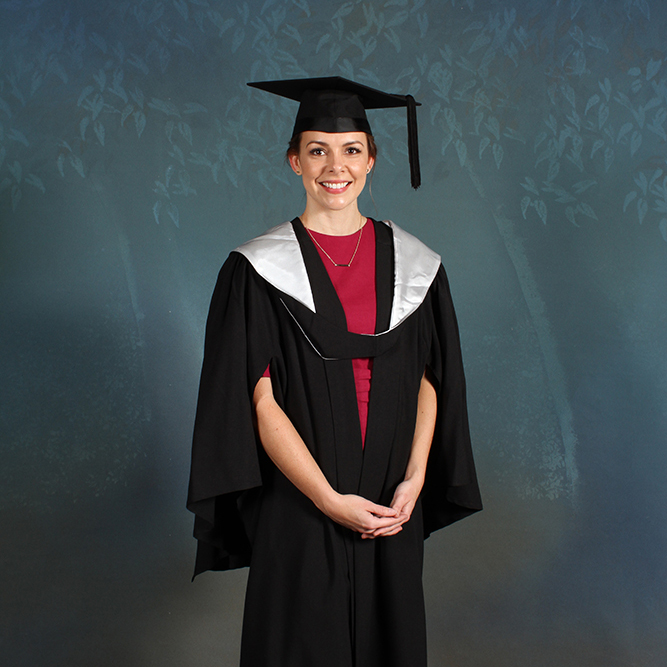