Innovative young minds from high schools across the Fraser Coast have showcased their scientific skills at the 2018 STEM Research Awards at USC’s Fraser Coast campus.

Riverside Christian College Year 12 Daniel van Huyssteen is the Fraser Coast’s Senior Scientist of the year, after taking out the $500 overall award with his research into detecting copper in swimming pools.

The competition challenged students to carry out scientific investigations of real-world issues and present their answers in a poster display of tertiary-level standard to a judging panel of scientists and academics.

With only three minutes on the clock and one PowerPoint slide allowed, the competition challenged senior students to be brilliant but brief as they explained their projects to the judges and audience.

The awards were organised by USC’s STEM (Science, Technology, Engineering and Maths) engagement team and an initiative of the Queensland STEM Education Network. 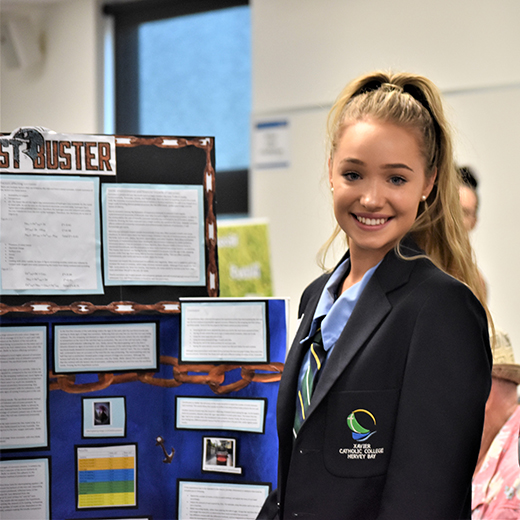 Learn how to become suicide-aware at USC workshop

First-hand insights from USC researchers and others on the front line of whale conservation and research in Australia will be presented at a free public event  as part of the Hervey Bay Whale Festival.