Tales told more than 7,000 years ago – of volcanoes, strange creatures, and seas that swallowed the land – are the focus of USC Professor Patrick Nunn’s new book.

Published by Bloomsbury, “The Edge of Memory: Ancient Stories, Oral Tradition and the Post-Glacial World”, is the first mainstream book by the Queensland geographer.

A book launch will be held at Brisbane Writers Festival on Friday 7 September.

Professor Nunn said he’d curated ancient stories and oral traditions from Australian Indigenous and other groups and reached surprising conclusions about how well news about the land had been preserved over time, perhaps up to 10,000 years.

“By my calculations, stories of the sea level rising and “drowning the coast” would have to be based on stories more than 7,000 years old,” he said.

“This is because the sea levels around Australia stopped rising from the ice melts 7,000 years ago, so we could be looking at anywhere up to even 12,000 or 13,000 years ago.”

He said such stories of coastal drowning were echoed around the globe, including France and the United Kingdom, where he grew up.

“These are stories that have survived 300 or 400 generations, being told parent to child and so forth without the essence of the story being lost,” he said.

“They are not just verbal stories, but also songs, rock art and mythology, and they include details of meteorite falls and tales of animals such as the bunyip.”

Volcanic tales have also stood the test of time, with Australia’s last active volcanoes erupting in Northern Queensland and South Australia many thousands of years ago.

“In both areas there are Indigenous Australian stories about these volcanic eruptions that must be based on observations between 4,000 and perhaps 9,000 years ago,” Professor Nunn said.

“People preserved these stories because it is part of their history and it’s important to share knowledge with others about the kinds of environmental risks they face, however many of these stories moved into the realm of myth which is perhaps why people haven’t taken it seriously.”

Professor Nunn has several published academic textbooks, but this will be his first non-fiction book for a mainstream audience.

More information on the book launch event is available here.

Professor Nunn will give a talk about the book to the Sunshine Coast Reconciliation Group in Buderim on Sunday 19 August and to the Noosa Friday Environment Forum on Friday 16 November. 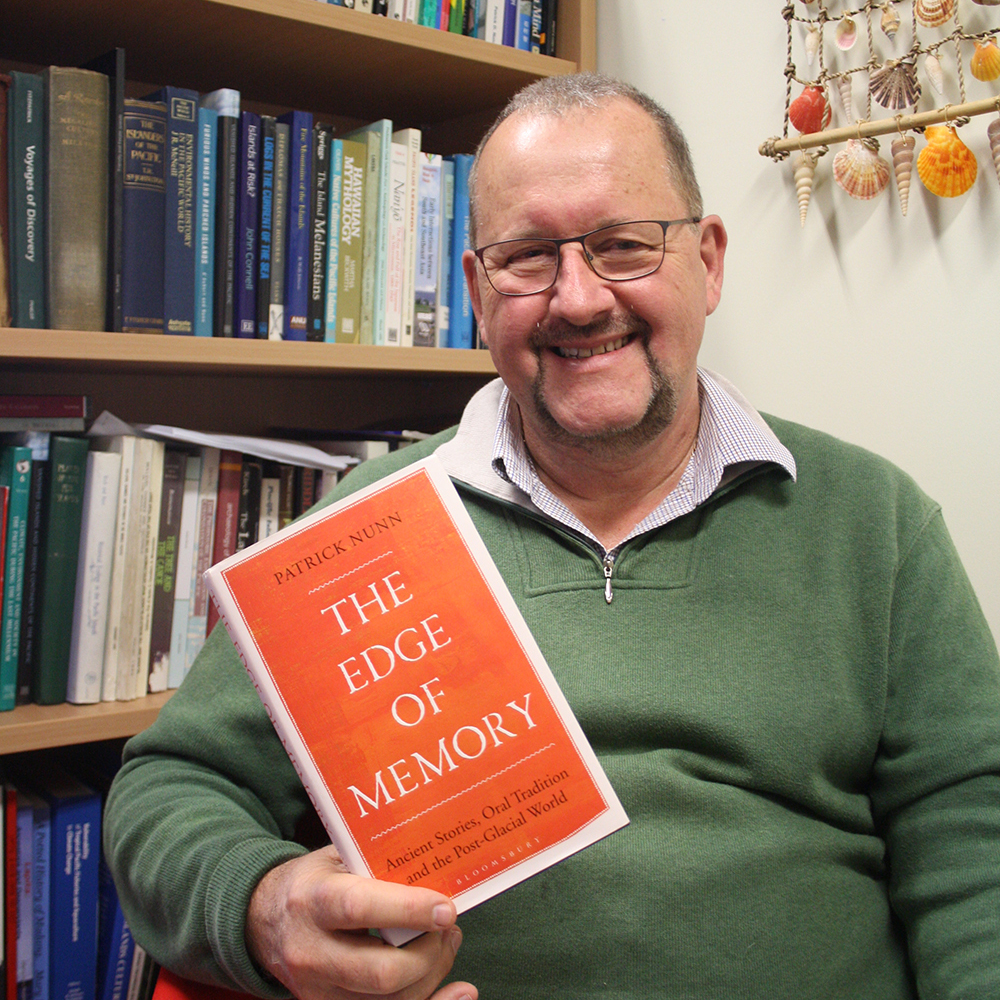