University of the Sunshine Coast student Tayla Larsen is officially the most outstanding journalism student in Queensland.

Tayla, 21, was announced as the journalism student category winner of the 2018 Queensland Clarion Awards at a gala event on Saturday in Brisbane, where she rubbed shoulders with many of the State’s top journalists.

“I’ve won academic awards in the past, but this is the entire state. It’s a pretty big deal,” Tayla said.

“Being there, seeing all the winning journalists go up to receive awards and the examples of their work, it was inspiring for me going forward.”

Tayla won the award for a portfolio of work she completed while studying at USC. This included a mini-documentary about a blind artist from Coolum, a video about charitable motorcyclists, and investigative articles on eating disorders and fertility among older women.

The Clarion Award judges said Tayla’s writing style was mature and polished, and her video submissions showed a keen eye for storytelling.

During her studies, Tayla had the opportunity to complete several internships, including at ABC TV’s Australian Story.

From her work experience, Tayla has now secured a full-time role as a radio journalist reporting on her home town of Bundaberg, while she completes her final semester at USC.

“I’m really thankful to the teaching staff and all the opportunities this university has offered,” Tayla said.

“I don’t think I could have won the award without the support of the teaching staff here at USC, because you’re getting taught from people still in the industry and they know how things work.”

“It shows the real depth of our program, that she was competing against the best in the state,” Dr Fynes-Clinton said. “It’s a real feather in her cap to win.

“She came to USC with great hopes and is now well on her way.”

Dr Fynes-Clinton said USC journalism students had featured as finalists at the Clarion Awards each year which was a real credit to the hands-on experience they gain as part of their program to ensure they are industry-ready. 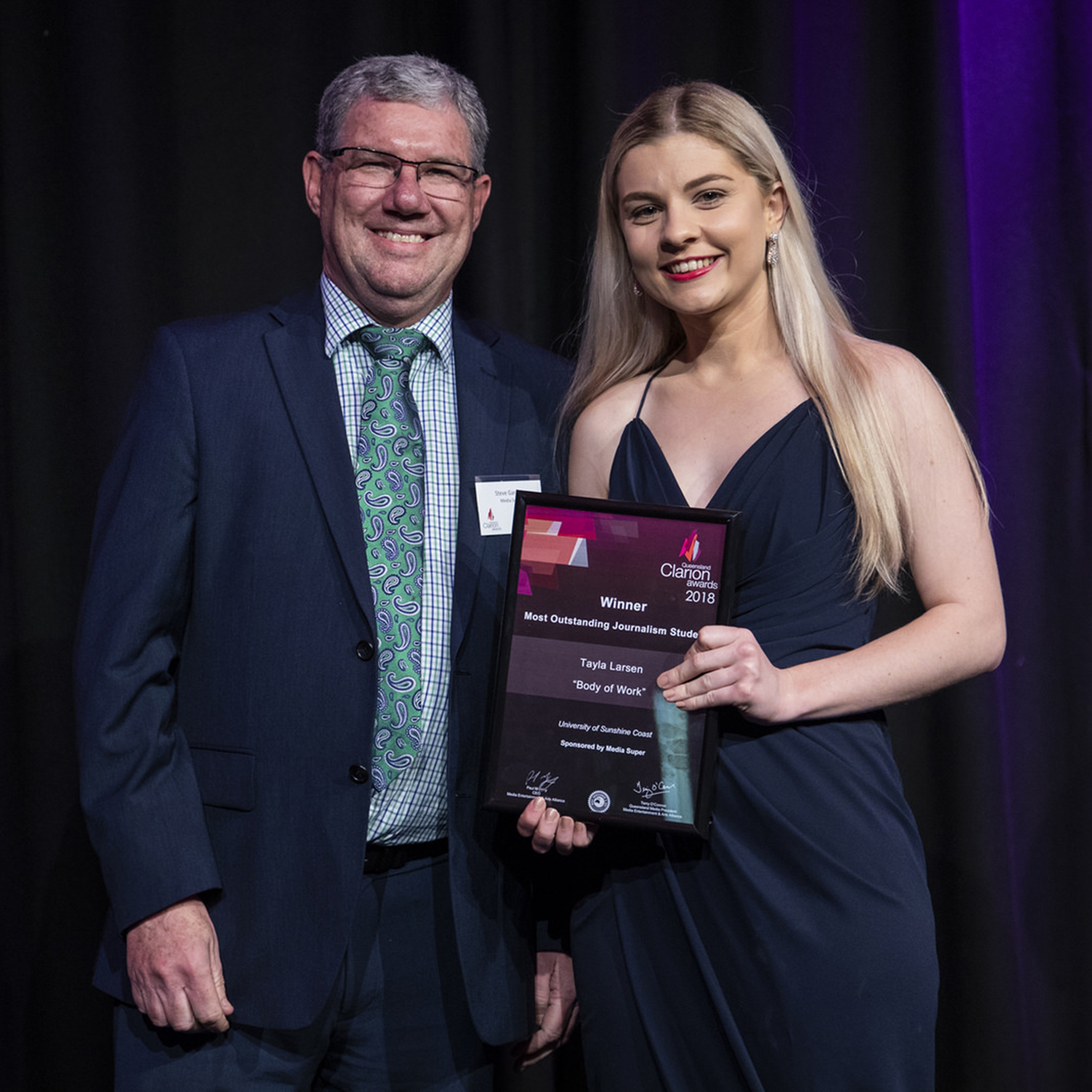