Internet trolls beware – employers believe the most unprofessional behaviour online is the use of social media to intentionally harm others.

That is the advice from Lecturer in Public Relations Dr Karen Sutherland from the University of the Sunshine Coast, who has shared early results from a recent survey of 430 employers that asked them to rank the worst online behaviours for graduate employability.

Dr Sutherland said that while the full research was yet to be published, early findings highlighted the behaviours most likely to jeopardise an online user’s chance of gaining and keeping employment.

“The behaviours considered the most unprofessional were using social media to intentionally cause harm to others, or to bully or intimidate others,” she said.

“We saw the man who lost his job after writer Clementine Ford reported his online abuse to his employer, and there have been many cases since then.”

The way in which people talked about work online was also off-putting for employers, who ranked the act of sharing confidential information about a current or former employer among the top three “most unprofessional” behaviours.

“Not surprisingly, the way we talk about our past employers is of great interest to our potential future employers,” Dr Sutherland said.

Negative comments about a colleague were also among the top 10.

Also on the list of unprofessional behaviours was posting content about taking drugs or sexually suggestive images.

Dr Sutherland said the findings further highlighted the importance of taking care when posting online, even when people think a page or conversation is private.

“Anything said or shown online should be treated as public and should pass the test of whether you would shout it out in a street. If you wouldn’t, don’t say it online,” she said.

“Employers are looking for you online and they are influenced by what they see. Anything you put up there can be screen shot and shared, even if you delete it soon after, and even if it is in a private conversation.”

The survey was conducted in conjunction with the USC Centre for Support and Advancement of Learning and Teaching.

The research, when published, will also look at social media skills that employers think graduates require for the modern workforce. 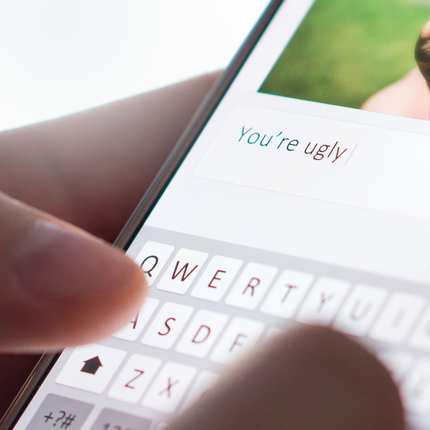