USC student is Australia’s Law Student of the Year - University of the Sunshine Coast, Queensland, Australia

USC student is Australia’s Law Student of the Year

University of the Sunshine Coast final-year student Michael Jefferies has been named Australia’s Law Student of the Year for 2018.

Michael, 23, of Buderim was chosen from 10 finalists from across the country for the student category of the Lawyers Weekly Australian Law Awards held in Sydney last Friday.

The Law Student of the Year winner is determined on academic results, extracurricular involvement and leadership in the community, as well as a passion for law and justice.

Michael, who was also a finalist for the same award last year, was unable to attend the presentation event because he is completing the final subjects of his combined Laws/Commerce degree at the National University of Singapore.

But the former Matthew Flinders Anglican College student said he was thrilled when he later received an official email confirming he was the overall winner.

“This is especially exciting considering there are more than 7,500 law students graduating every year across Australia, and a much higher number currently studying,” Michael said.

“Getting my name in front of the entire legal profession across Australia in this manner is undoubtedly a great prelude to commencing my legal career next year.

“I have managed to fit a lot in throughout my degree, and the judging panel may have found this particularly impressive for a regional university student at a brand new law school.

“USC staff have been incredibly supportive and encouraging, which has played a large part in helping me create and pursue new opportunities and achieve my goals.”

The award follows a busy few months for Michael, who recently represented USC at the University Scholars Leadership Symposium at the United Nations Conference Centre in Bangkok, Thailand.

He will remain in Singapore until the end of the year, before taking up a graduate position with the PricewaterhouseCoopers’ legal team in Sydney early next year, focussing on corporate advisory and transactions work.

“This award is recognition of Michael’s commitment to his studies, USC Law School and the law more broadly,” he said.

“In addition to his academic achievements, Michael has consistently shown himself to be in the service of others.

“In 2014, Michael established the University’s Law Students’ Association and was the inaugural secretary. In this role from 2014-2016, Michael helped the association develop a dynamic and thriving competition, academic, social and cultural portfolio.” 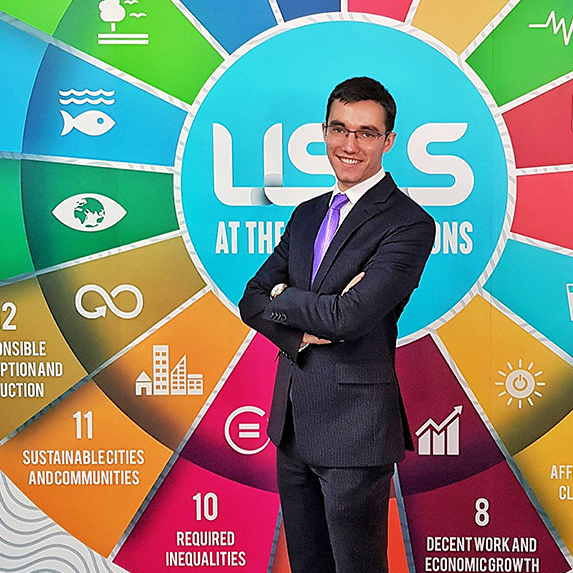