Internationally-recognised composer and conductor Gordon Hamilton is the new Director of the USC Singers, a choral group now in its sixth year on the Sunshine Coast.

Redcliffe-based Mr Hamilton is artistic director of The Australian Voices, a group of a capella singers whose concerts have been acclaimed across the world.

He has conducted orchestras across Australia, New Zealand and Germany and is known for musical experimentation such as crossover projects with Australian hip hop duo Horrorshow and Cuban pianist Marialy Pacheco.

Now the Newcastle-raised maestro has grabbed the chance to guide an unauditioned choir of 40-60 people at a young regional university with a cohort of eager Music major students.

“I love challenges and exploring new opportunities, so I’m really looking forward to it,” he said after arriving on campus at Sippy Downs last month. He had just flown in from Malaysia and attended his first USC Singers rehearsal at the Art Gallery that night.

The USC Singers comprises USC staff, students and members of the wider community.

Mr Hamilton, who led The Australian Voices recital at USC last June when it was ensemble-in-residence at the Queensland Symphony Orchestra, said his goal for the USC Singers was “to make excellent music and watch people reach their potential”.

Mr Hamilton expected the students to inspire him. “When you’re a student, anything’s possible,” he said.

Some of Mr Hamilton’s innovations have included the viral internet video, ‘The 9 Cutest Things That Ever Happened’, and a musical interpretation of former prime minister Julia Gillard’s speech on misogyny.

The first concert of the USC singers conducted by Gordon Hamilton is expected on 8 June. 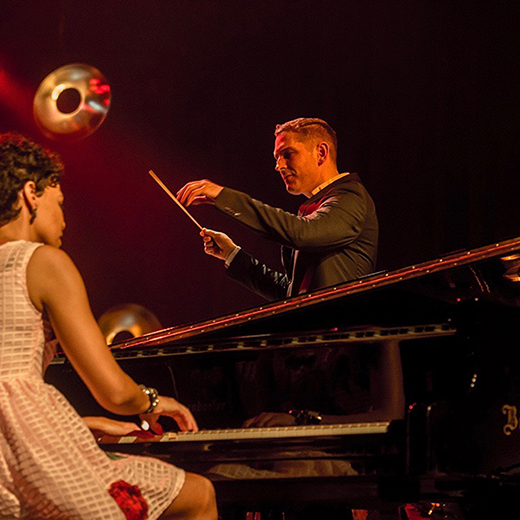 Fashion secrets to be revealed at free lounge lecture

Find out what it takes to dress rock stars such as Lady Gaga and design clothes for leading fashion houses at a free USC lounge bar lecture at Buderim.