The USC Fraser Coast student will be awarded the Chancellor’s Medal when she graduates with a Bachelor of Business at a ceremony in Hervey Bay on Wednesday 1 May.

“I don’t feel like I have completed a task until I have given my all,” said the 21-year-old who achieved near-perfect grades, received several academic awards and contributed to a textbook on consumer behaviour during her studies.

It was also the Hervey Bay resident’s extensive volunteer work with a range of student and community events and initiatives that led to her successful nomination for the prestigious award.

The list includes an internship at Fraser Coast Tourism and Events, coordinating Hervey Bay’s annual Carols by Candlelight, helping to organise events to raise vital funds for a regional drug rehabilitation centre and working as a church youth leader.

As the inaugural social club president, she coordinated events and organised student involvement in community activities such as Clean Up Australia Day and a colour run for a local charity.

“You make time for the things in life that mean something to you,” said Kerri, who also managed to make 25 donations of blood and plasma to the Australian Red Cross Blood during her studies and encouraged other students to donate.

“Community events, student groups and studying a Bachelor of Business were all responsibilities I chose to take on and thoroughly enjoyed,” she said.

“My parents are a big inspiration. I have grown up watching them work hard and give back to those around them when they’re able, so it was ingrained in me to do the same.”

USC Fraser Coast Lecturer in Marketing Shahab Pourfakhimi said Kerri’s academic performance was outstanding and she had made a tremendous, positive impact on the student community at the Fraser Coast campus and the wider region.

“Kerri worked to increase student engagement and foster a sense of community at USC’s Fraser Coast campus and dedicated considerable time and energy to empowering and supporting other students with their academic studies,” Mr Pourfakhimi said.

The former Urangan State High School student attributed much of her success to the supportive community environment at USC Fraser Coast.

“Regional university campuses are highly underrated as there is this mistaken belief that to be successful you need to go to a large metropolitan university,” she said.

“By staying home to go to study, I had access to wonderful social and academic support networks, could take an active role in campus life and my community, enjoy leadership roles and take advantage of valuable work experience opportunities.”

Kerri said she was both surprised and thrilled to be awarded the medal, to be presented by USC Chancellor Sir Angus Houston at a graduation ceremony in the upstairs ballroom of the Beach House Hotel on Wednesday 1 May at 4pm. 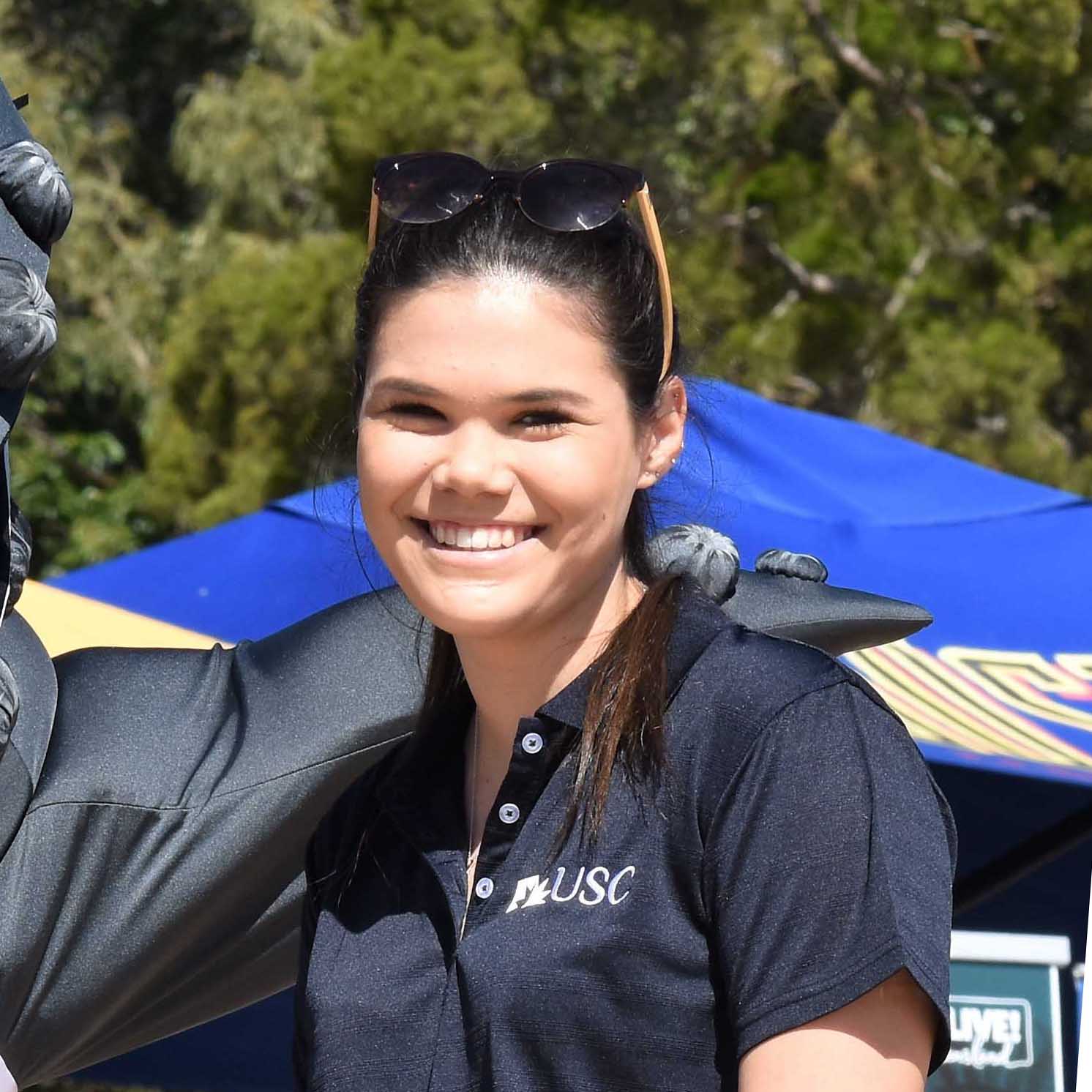