By adding a pinch of seaweed to fish food, a PhD candidate from the University of the Sunshine Coast is getting closer to finding alternatives to antibiotic use in aquaculture.

“The idea is to boost the immune system of fish so they don’t require treatment down the track,” Mr Thépot said.

Working from the Bribie Island Research Centre, Mr Thépot dries and powders the seaweed, and uses a standard blender to mix it with water and commercially-available fish feed at a rate of just two percent of the feed. He then dries the feed again into pellets.

“The seaweed can either be recognised by the fish’s immune system or indirectly by modifying the gut microbiome of the fish which, in turn, has a positive effect on the innate immune system of the fish,” he says.

Mr Thépot said once his PhD was complete, the findings could be applied to other species of fish, and possibly one day to humans.

“I chose to study rabbitfish because it’s a good fish for human consumption but it’s also herbivorous, so they do not require wild-caught fish as part of their diet,” he said.

“With wild fisheries being fished to maximum capacity, the sustainable development of aquaculture is important.”

His supervisor Associate Professor Nicholas Paul said disease was a major limiting factor for aquaculture, costing the industry up to $6 billion each year, a threat currently tackled largely through antibiotic use.

“Right now across the world, more of our fish is produced from aquaculture than it is from fisheries so we are at this tipping point where any new fish production has to come from farming. Being able to do so in a really sustainable way working with the environment is such an important thing for the industry,” Dr Paul said.

“Promoting the immune system of the fish in a natural organic or natural way, rather than with chemicals, is ultimately better for the environment and for us.”

He said preliminary results like Mr Thépot’s were feeding confidence to build new industry around farming seaweed, including in Queensland where multiple species grow prolifically.

“There are 10,000 different species of seaweed in the world and they all have different properties that can be used for various applications, and we are actually finding some really high-value ones like this,” Dr Paul said. 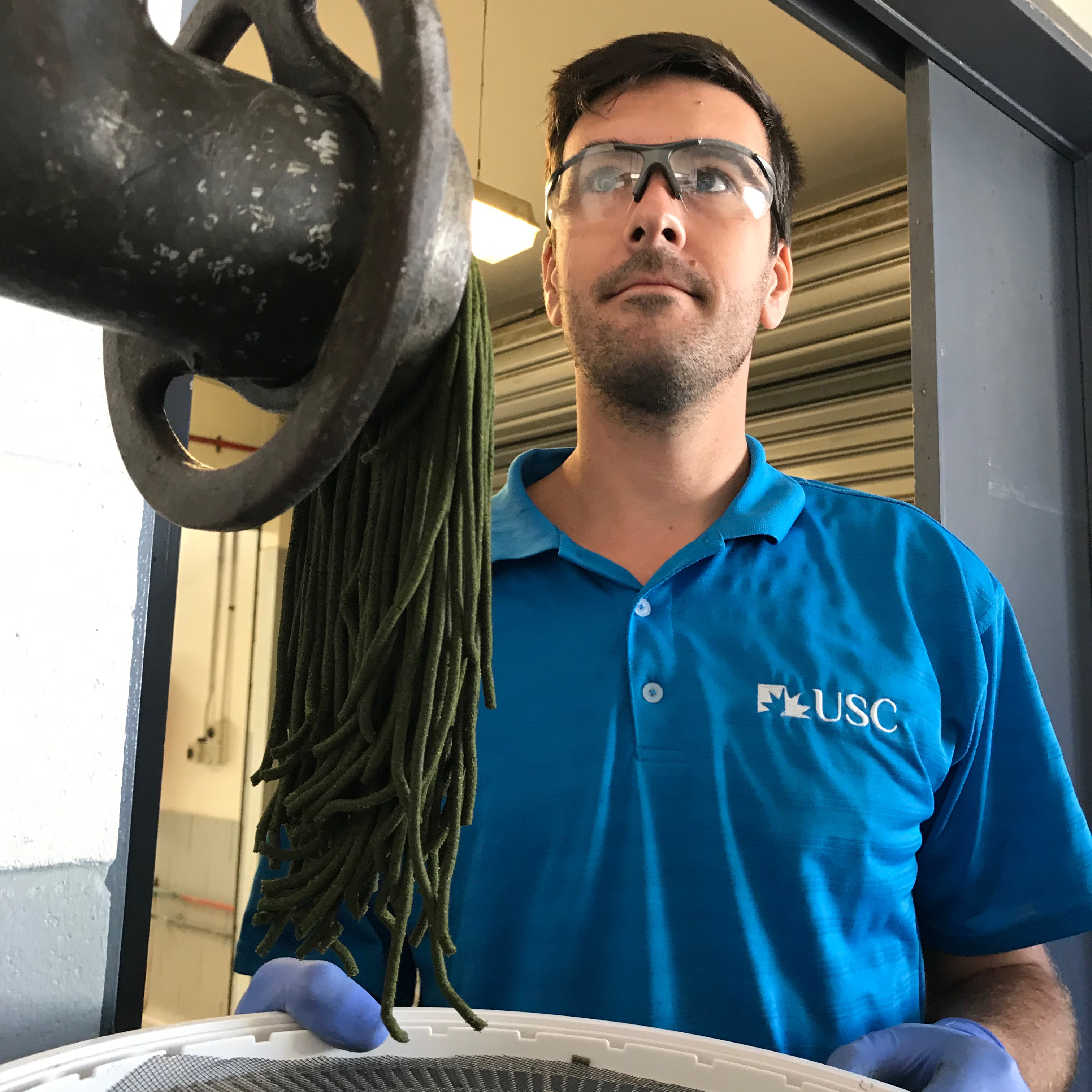