Similar to USC’s High Performance Student Athlete program, successful applicants will be offered benefits including scholarships and financial assistance, early enrolment to support their performing schedules, as well as support and mentoring from music industry specialists.

“I’m always looking for something new to challenge myself, whether that’s through song, dance, literature or performance,” said Emma, who has recently signed with a record producer to start producing her first EP.

“A program like this doesn’t just offer support. It’s also encouragement to be a leader and really prove yourself as someone who is tenacious and ready to take the next step in their performance career.”

Emma has already performed with the likes of jazz musician James Morrison and singer Kate Miller-Heidke, and recently accepted a regular performing gig at Matt Golinski’s View Restaurant in Noosa.

“I really have no Plan B,” said Emma, whose degree will include a major in Music and minor in Drama. “Plan A always has been and always will be to be a globally recognised musician.”

As a talented emerging singer-songwriter, Noosa District State High School graduate Jamison Kehl was unsure whether to travel as a performer or study at university first.

“It’s been a worry of mine trying to decide which path is going to support me best in achieving my goals as a recording artist,” Ms Kehl said, who has already had a song featured by Triple J Unearthed.

“I’ve recently accepted an offer from USC to study a Bachelor of Creative Industries and knowing that the High Performance Student Musician program is now also an option I feel really confident in my decision to come to USC.

“I’ll definitely be applying to be part of it, as the level of support this program provides means that if I got the chance to perform or record, I’d feel confident accepting the opportunity in the knowledge that USC would support me to meet my study obligations too.”

Jamison’s degree will include a major in Music and a minor in Creative Marketing.

USC’s Artistic Director of Music Sean O’Boyle said the initiative was an exciting move for the University.

“This is not just for students who take music courses as a major or minor, this is an opportunity that is open to all USC students regardless of the program they’re studying,” Mr O’Boyle said.

“We hope to not only assist and promote the students who are well-known to us already, but potentially uncover some talent from other faculties who could greatly benefit from this level of support.” 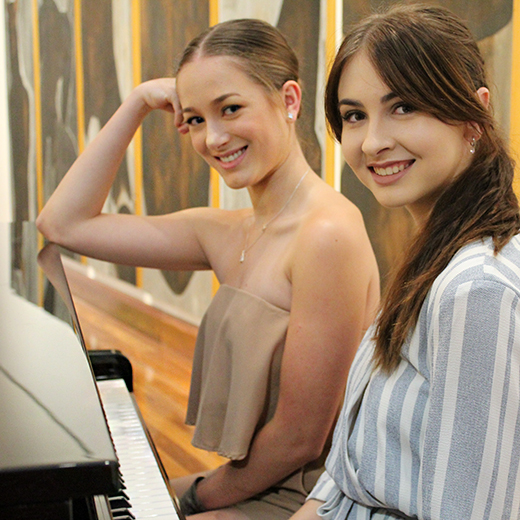