Dr Sinclair AO died on Sunday after devoting almost 50 years of his life to securing global recognition and ongoing protection for the world’s largest sand island.

The 79-year-old who campaigned to end sand-mining and logging on K’gari was admitted to Brisbane’s Wesley Hospital the day he was due to meet with USC academics to record the oral history of his tireless conservation efforts.

USC’s Dr Kim Walker said the oral history was to be included in the John Sinclair Collection, held by USC in its K’gari Fraser Island Archive.

“John entrusted to USC volumes of print and digital material including manuscripts, photographs, reports and surveys that underpinned his research to lobby for environmental protection and World Heritage-listing of the Island,” Dr Walker said.

“I visited him last week in hospital and in true John style he was eager to tie up loose ends and ensure that the work to protect K’gari goes on,” she said.

“John was a remarkable individual and USC will be the beneficiary of his life’s work in terms of materials stored, collated and documented.”

In 2017, USC presented an Honorary Doctorate to Dr Sinclair to acknowledge his environmental conservation efforts and various collaborations with the University.

“Dr Sinclair’s research is also an invaluable source of content for USC’s newly released Fraser Island App and will contribute to future USC interpretive and conservation projects on K’gari.”

At the time he was presented with the honorary doctorate, Mr Sinclair said he was humbled to be chosen for the accolade. “I left school when I was 15, so to be receiving a doctorate is not something one ever expects,” he said. 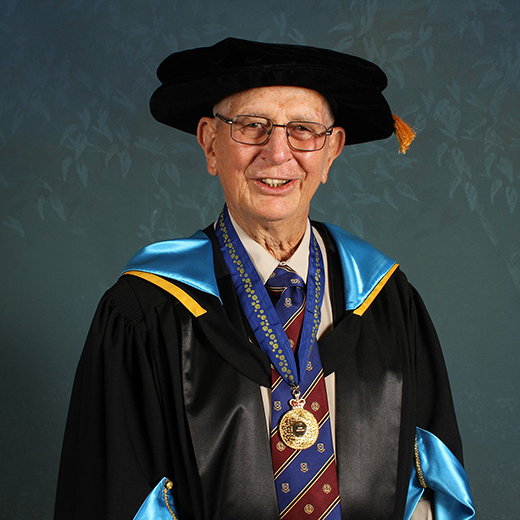