Rugby union coaches in rural and regional areas may feel isolated and disenfranchised from their sport's governing bodies, according to new research by a USC sports academic.

USC Lecturer in Sports Studies Dave Robinson presented the preliminary findings of his doctoral research at the World Congress on Science and Football in Melbourne this month.

Mr Robinson, who is investigating the challenges faced by regionally-based volunteer rugby union coaches in Queensland, said participants in the study were also frustrated by limited access to coach development opportunities and technical resources.

With a recent Roy Morgan survey finding a 63 percent drop in nationwide participation of rugby union since 2001, Mr Robinson said it was important that rugby union’s governing bodies paid attention to the game’s grassroots.

“My research appears to indicate these coaches are concerned that the governing bodies may be more focussed on building pathways for elite players than with developing the grassroots,” he said.

“They feel that the challenges associated with coaching in regional areas are not appreciated by those administrators based in the south-east corner of the state and that their concerns are not being heard.”

“Even though they are dedicated to the game, there is a risk regional coaches might have to stop coaching if they feel that their efforts as volunteers are not appreciated by their governing bodies,” Mr Robinson said.

“They may also feel overloaded by the extra work associated with coaching duties.”

The presentation covered some key aspects of the initial findings from Mr Robinson’s research based on a select group of regionally-based volunteer rugby union coaches.

“This research aims to gain important insights into the complexities of coaching outside of capital and major cities, by exploring coaches’ lives, challenges, motivations and successes,” he said.

“The experiences of these coaches may serve to alert their sport’s governing bodies to issues affecting the sport in regional areas.”

He said the findings indicated there was a need to ensure appropriate and targeted professional development and training for volunteer coaches.

“Professional development can help to improve their skills and confidence as well as giving opportunities to connect with other coaches at all levels,” Mr Robinson said.

“This can benefit their clubs and communities as well as their respective sports’ governing bodies efforts to promote their game.”

He said there was a possibility that coaches of other football codes and sports in regional and rural areas shared the same sense of frustration and disenfranchisement. 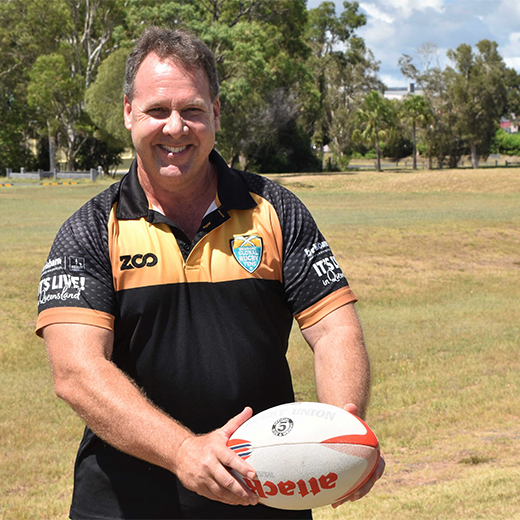