Things are certainly looking up for teams of students from Genesis Christian College and Narangba Valley State High School after they triumphed in USC Caboolture’s annual film and business competitions recently.

USC presented the winning teams with $2,000 each for their schools, and awarded medallions and $1,000 university scholarships for members of teams that finished first, second and third. Each of these teams also received a Redcliffe KiteFest ticket.

In the film competition that had the theme “Looking Up”, Genesis Christian College won the Best Short Film award and the Best Technical Achievement award for its production of “Thumbs Up”.

Judges praised the wonderful, high energy of the film (featured with all entries) that follows an obsessed fan of a YouTube influencer taking on the role of a motivator when her idol goes offline.

“Multiple takes on the theme incorporated throughout the film generates sustained interest and viewer engagement,” the judges said. “Excellent attention to detail and production design made it very easy to track the changes in character arc across time.”

In the business competition, teams presented business cases for MBRIT’s (Moreton Bay Region Industry & Tourism) annual Redcliffe KiteFest, with a particular emphasis on how to appeal to those aged 15-25, and to overcome concerns about an entrance fee being introduced.

The judges commended all teams and said the fact that the Kitefest organisers had already investigated many of the students’ proposals highlighted how industry-ready the teams were.

“Each group had novel and unique recommendations that showed their skill in applying theory to practical business problems while under pressure,” they said. “Of interest was the inclusion of sustainability/environmental concern in many groups’ presentations.

“While there is only one winner, overall the standard of application of theory, analysis, and presentation skills were as high this year as we have come to expect from previous years.”

USC Caboolture events officer Bianca Jacobi congratulated all teams that took part and commended them on the quality of their work.

“Apart from the prizes, it’s a really great experience for them,” she said. “It looks good on their CVs to have been involved and it gives them a taste of what they might want to do when they finish school.” 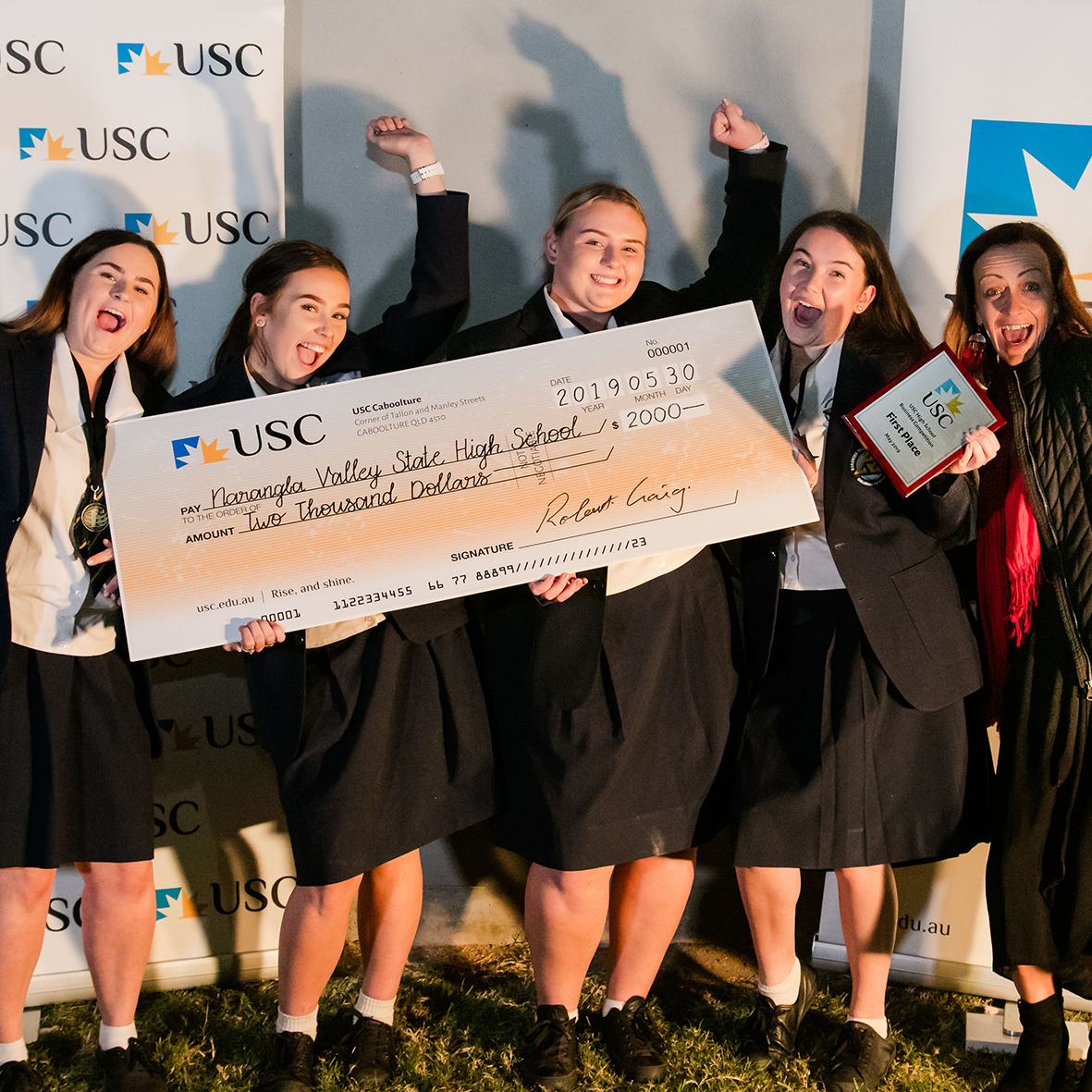