Emily, 18, was dux of North Lakes State High School last year, achieved a coveted OP1 score, and is looking forward to being among the first students to embark on study at the state-of-the-art campus at Petrie.

“It was a lot of hard work and I gave up a lot, including playing netball, so I could focus on my goal of a top OP score, but it’s all been worth it,” she said.

“I loved studying biology and biochemistry in high school, and I’m really interested in knowing how things work – the human body fascinates me.

“My long-term goal is to become a professor in biology and be actively part of a field that is constantly evolving and developing.”

Emily said after moving from Adelaide at the end of Year 6, her first introduction to USC was when she won a science award sponsored by the University in her first year of high school.

“Not long after that, student ambassadors from USC visited our school and they spoke about the advantages of studying close to home, which really appealed to me,” she said.

“Of course, that’s now a reality with the Moreton Bay campus opening.

“My family and I have driven past the new campus a few times and it’s been incredible to see the whole building progress and think, ‘I’m going to study there’. It’s pretty exciting.”

There’s still time to apply to study at USC in Semester 1 2020. Visit usc.edu.au/learn for more information.

The mid-January round of offers was released online yesterday by the Queensland Tertiary Admissions Centre (QTAC), bringing to 4,775 the number of university hopefuls who have so far received offers to study at USC. This is up 3.1 percent on this time last year. 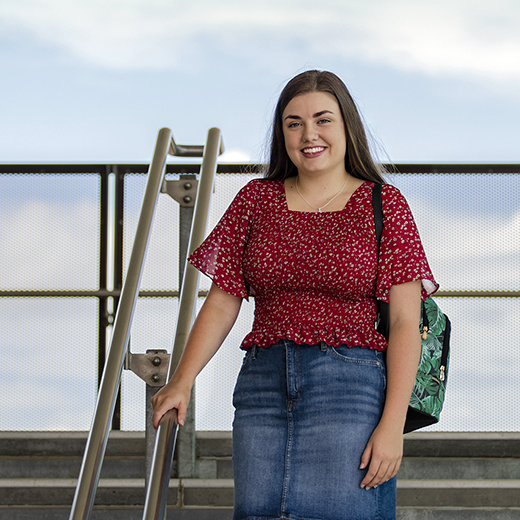