A scientist from USC Australia has raised concerns that the world’s largest mangrove forest – the Sundarbans in Bangladesh – could be under threat from a major development.

USC Senior Research Fellow Dr Sharif Mukul, lead author of a letter published in Science, said the impending completion of the Padma Bridge in Bangladesh would open up huge prospects for the local economy but could also put the mangroves in danger.

“Development, if not planned properly, may destroy the Sundarbans, which help absorb carbon from the atmosphere and protect the mainland during storms,” said Dr Mukul, a member of USC’s Tropical Forest and People Research Centre.

He said Bangladesh was already considered a leader in climate change adaptation and could develop economically without losing its valuable ecosystems.

Spanning over 10,000 square kilometres, the Sundarbans region of Bangladesh and India is the biggest mangrove forest on Earth, and the most critical area for Bengal tiger survival.

The Sundarbans often protects the coastlines of Bangladesh and India from cyclonic and tidal surges. At least 505 species of wildlife, including 355 species of birds, 49 species of mammals, 87 species of reptiles, 14 amphibians, 291 species of fish, and 334 species of plants have been recorded in the area.

Study co-author Professor Bill Laurance of James Cook University said there was no other place like the Sundarbans left on Earth.

“Although economic development is important, ecological and environmental issues must be considered in the long-term development plan,” Professor Laurance said.

“Completion of this long-awaited bridge is indeed a great achievement which government can expand by showing its commitment towards environmental leadership and green development.”

A previous study by the authors finds also that climate change is endangering Bengal tiger habitat in the Sundarbans forest. 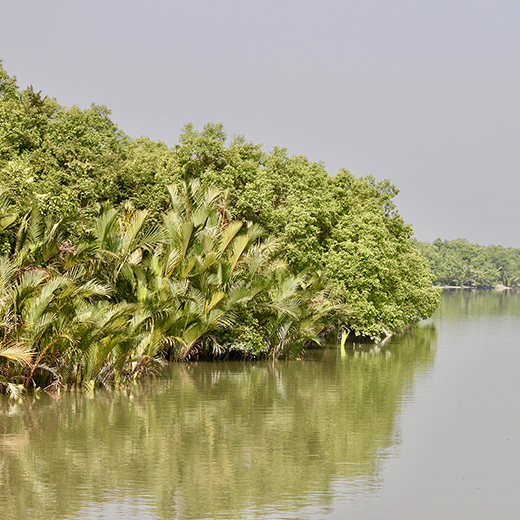