Brianna Heeley secured a position as a scientist with BMT’s Ecology and Environmental Management team in Brisbane after graduating from USC last year with a Bachelor of Environmental Science.

The 22-year-old’s outstanding technical skills, initiative and ability to solve and pre-empt problems was recently recognised by BMT when she was named the company’s 2020 Newcomer of the Year at its annual international awards.

BMT Ecology and Environment Team Leader Dr Darren Richardson said Brianna had exceeded expectations of the team since joining it at the start of 2019.

Brianna said the skills she gained at USC in applying satellite analysis techniques and 3D visualisation to environmental issues in both terrestrial and marine ecosystems provided her with a winning edge.

“All of my GIS and remote sensing skills were developed during my Environmental Science degree which definitely played a role in both being successful in attaining the position and being able to thrive in the role,” she said.

“I initially chose geospatial analysis subjects to be more employable as this is a desired skill in the workforce. But as I continued further into my degree, it became an area that I wished to specialise in as it is a quickly advancing space in today’s technological world.”

Brianna, who received a Medal for Academic Excellence for her outstanding results during her studies, credits USC Senior Lecturer in Geospatial Analysis Dr Sanjeev Srivastava for fostering her interest in the field.

“His vast knowledge inspired me to continue learning and growing my geospatial skillset from the very beginning of my degree,” she said.

Growing up on the Sunshine Coast, the former St John’s College student gained an appreciation of the beauty of the environment from a young age and developed her keen interest in eco-protection during school, leading the college’s environmental committee in Year 12.

“In senior, I decided that I wanted to contribute to preserving nature for future generations and a degree in Environmental Science seemed the perfect stepping stone to achieve this goal,” she said.

Brianna said the opportunity to complete a short study program in Malaysia and Borneo with the aid of a New Colombo Plan mobility grant was the major highlight of her degree.

“It involved a variety of field techniques including research using camera traps to observe nocturnal terrestrial species, including mouse deer and porcupine, and creating a 3D model of a riverbed using GoPro photos,” she said.

“This enabled me to learn valuable technical skills in a range of environments that I have applied to both field and office-based work at BMT.” 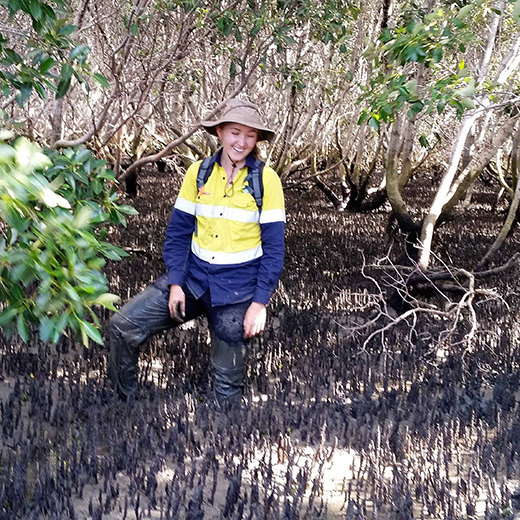