The Birtinya-based institute will double its floor space by expanding into the carpark, allowing for the establishment of a new Post Traumatic Stress Disorder (PTSD) research program, a PTSD brain bank, and additional clinical services.

Institute Director Professor Jim Lagopoulos said the PTSD program would be the first of its kind in Australia, based on similar programs overseas that had seen “phenomenal success rates”.

Key to the research will be a brain bank, a collection of specimens that people have consented to donate after they die, as well as the recruitment of a team of world leading PTSD researchers.

“The brains will be databased in a very sophisticated way that will allow us to look at associations between brain chemistry, structure and variables in a way that we can’t do in a living person.

“We will be integrating that with similar endeavours around the world so we can pool our data and work together towards breakthrough findings.”

Since opening in 2016, the Thompson Institute has built a reputation for research on some of Australia’s most pressing mental health issues, including aging and dementia, suicide prevention, PTSD and youth mental health.

“No other university in Australia is doing research, teaching and clinical services under the same roof, supporting the fast translation of research into practice and, from day one, that really has been the mantra here,” Professor Lagopoulos said.

“The new PTSD building will be no different; alongside our research, we’ll offer the latest clinical advances in treatment for trauma-related mental illnesses.

“It’s nothing new that we are in a mental health crisis in Australia, but what stands us apart is the unique model we have here at the Thompson Institute.”

“In the recent Excellence in Research for Australia evaluations, our research at the Thompson Institute received the highest ranking of five, which is well-above world standard and on par with premier research universities,” Professor Hill said.

“The institute is now at the forefront of research for some of regional Australia's most pressing mental health issues and, as the Sunshine Coast population continues to grow, a facility like this is only going to become more important.”

The Thompson Institute opened in 2016 thanks to major donations to USC by Roy and Nola Thompson, who this week funded an additional $6 million for the new expansion. 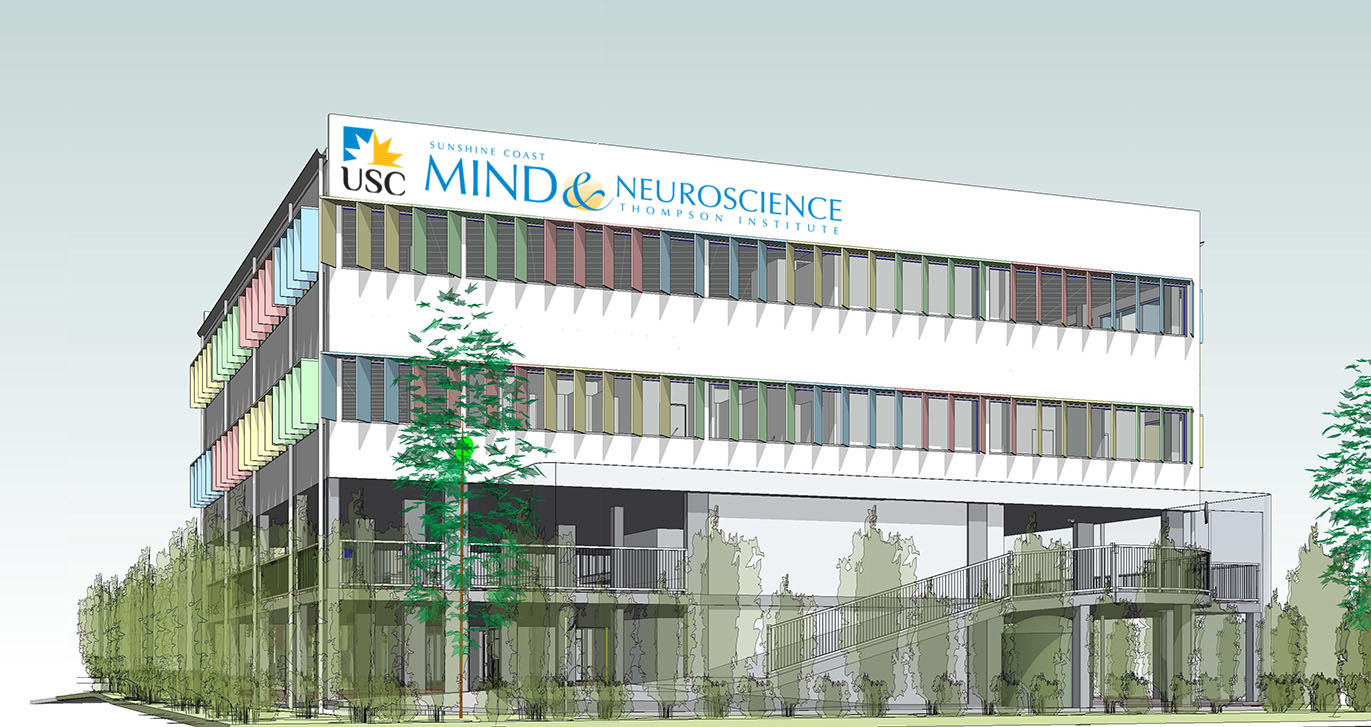 USC’s Alliance for Suicide Prevention – Sunshine Coast will offer free online training to help community members stay alert to the signs of known precursors to suicide, as many people struggle with additional life pressures due to the impact of the coronavirus pandemic.