Graduate goes from catering for parties to caring for patients - University of the Sunshine Coast, Queensland, Australia

Nicole, 36, of Buddina recently completed a Bachelor of Nursing Science and was thrilled to gain a place in SCUH’s Graduate Nursing Program, which currently involves her working in the hospital’s Older Persons Mental Health Unit.

“I started in February and it’s been incredibly rewarding,” she said. “I preferenced mental health as my choice of graduate programs as I’d looked after people with mental illness during uni placements, but never on a specialised mental health ward.

“It’s always been an interest of mine, especially after attending mental health networking events in the community. I really wanted to find a career that was fulfilling and satisfying, and I feel that I’ve definitely found that in nursing.”

Nicole said while she enjoyed the theory elements of her degree, she knew she’d made the right study choice after her first placement at an aged care facility in second year.

“I absolutely loved it,” she said. “I got value out of every opportunity afforded to me and there are things I learnt on that placement working with the elderly that I’m able to put in to practice now working in the Older Persons Mental Health Unit.”

Nicole, who initially was concerned that she might not do well at university, ended up receiving a University Medal for Academic Achievement for her impressive grade point average of 6.84 out of 7.

“After having so much self-doubt when I initially started studying, I found that I actually didn’t struggle at all academically,” she said.

“So I volunteered to assist other students and was also involved with a number of USC Open Days and career expos to promote the degree and the profession,” she said.

“I’m really proud of what I’ve achieved in completing my nursing degree, none more so than the fact that I had my two babies, who are now 4 and 6, over the course of studying,” she said.

“I did miss out on some family events because I had to study or had prac classes. But it’s been worth it.”

QTAC applications are open to study at USC in Semester 2 this year. For more information about studying at USC, go to www.usc.edu.au/learn. 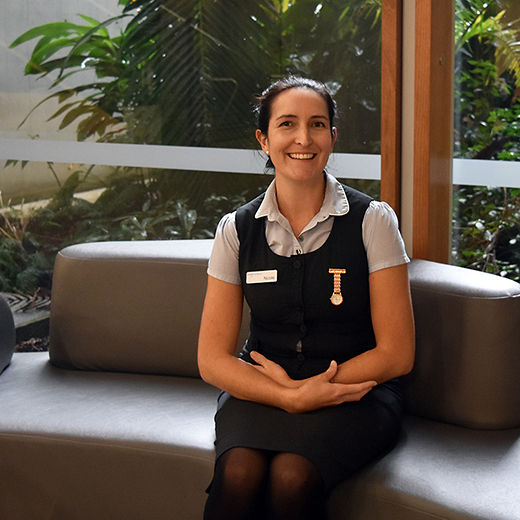