The 16-strong Spartans squad returned to the Sunshine Coast today after claiming 10 world records, one Commonwealth record, and two Asian records in their first return to national competition since the COVID-19 pandemic began.

Kaylee swam the 200m backstroke in 1 minute 58.94 to take almost half a second off the world short course record set in 2014 by Hungarian swimming great Katinka Hosszu.

The Olympic hopeful, who earlier this month set new Australian long course records in 100m and 200m backstroke, also set a new Commonwealth and Asian record in the 200m individual medley at the weekend.

USC Sport and Exercise Science graduate Jacob Templeton set a world record in the men’s 200m multiclass freestyle, before backing it up with another in the men’s 100m freestyle

Other world records were claimed by Paralympians Blake Cochrane (Bachelor of Clinical Exercise Science) in the 50m breaststroke and Braedan Jason (Bachelor of Journalism) in the 400m freestyle.

“The Spartans started with a bang,” he said.

“Five world records were broken in the first session and they didn’t let up over the course of the weekend with no fewer than 10 world records, one Commonwealth and two Asian records broken, and plenty of personal bests to match,” he said.

“We are now straight back in the pool with our focusing turning to the State Championships in two weeks,” he said. 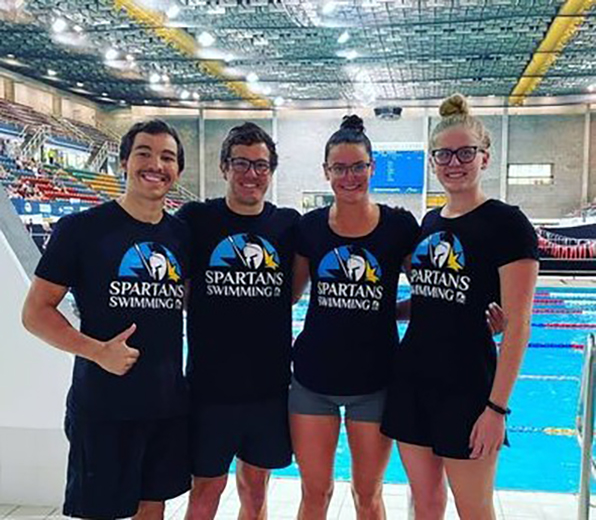 The 10 USC-affiliated athletes selected to represent Australia at the Tokyo Paralympics have done their nation proud with some spectacular performances and sportsmanship.