Evangeline Bryce of Rosemount, who gained the medal for her near-perfect grade point average of 6.85 out of 7 when she graduated this month, is studying USC Honours in Communication as she starts a research career that she hopes will take her to Norway.

“My Honours is on commercial media ownership and how different news organisations present the issue of climate change within their outlets,” she said.

“I’m doing a comparative study between Norway and Australia. Both countries have existing ties to the fossil fuel industry and are underperforming (to differing degrees) in regard to global climate targets.

“Public perceptions of the issue are quite different, however, so I want to explore the role that media plays within that.”

“When I began my Arts degree, I had no intention of pursuing an academic career, but my studies helped me realise my love of research and the importance of academia within society,” Evangeline said.

“My degree also allowed me to experience life in Norway, which became a catalyst for me to work towards moving back there. I’m aiming to apply for a master’s degree in political communication in Oslo in 2022.”

Evangeline’s semester of study in Norway contributed to her USC degree, which combined her interests in journalism, politics and creative writing.

“That semester was a major highlight and I fell in love with the country,” she said.

“I used electives to study an outdoor education course, which took me way out of my comfort zone. I swapped political essays and news articles for hiking trips and sea kayaking. I saw a lot of the country, learned the language and experienced their culture first-hand.

“It allowed me to truly grow and try things I never would have otherwise.”

She received a high commendation in the climate change category of the Ossie Awards, run by the Journalism Education and Research Association of Australia.

A senior member of extracurricular organisations and a lead performer in the musical during high school, Evangeline said she appreciated staying on the Sunshine Coast to study at university, close to community, family and part-time work.

Applications are open to study at USC in 2021. 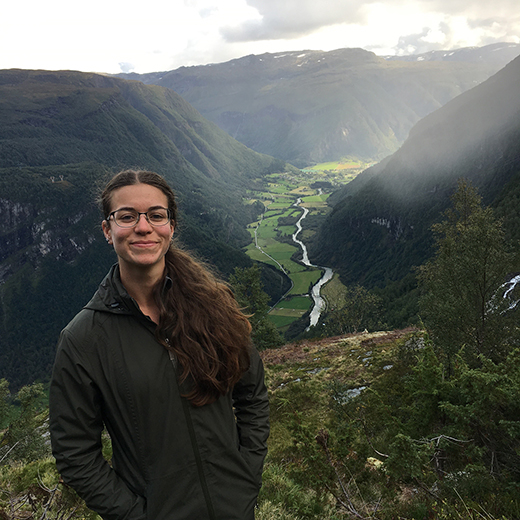