PhD student Rebecca Shipstone conducted an extensive investigation into Queensland’s annual rate of Sudden and Unexpected Deaths in Infants (SUDI), which has not reduced since 2002 and remains higher than most other Australian states and territories.

Ms Shipstone said the study found large disparities in the infant death rate among socially disadvantaged and vulnerable families, and among Aboriginal and Torres Strait Islander populations, compared to other Queensland families.

“Our research identified that Indigenous infants died suddenly at a rate over 3.5 times that of non-Indigenous infants, a much higher rate than that indicated in official national ‘Closing the Gap’ statistics,” she said.

“We also found that vulnerable families experiencing multiple adversity were at greater risk of sudden infant death than other families.”

The study analysed historic and current data from multiple sources including the Queensland Family and Child Commission, Queensland Health and the Coroners Court of Queensland.

“These results are concerning because infant mortality rates and causes of mortality are important measures of the effectiveness, availability and accessibility of health services for mothers and babies,” Ms Shipstone said.

“It was also concerning to note the lack of support and the trauma experienced by families during infant death investigations.”

Professor Young said the quality of the PhD research was evident in its five published papers, even before Ms Shipstone’s upcoming graduation. The latest was in Frontiers in Public Health.

The researchers recommended that Aboriginal and Torres Strait Islander families and socially vulnerable families should be priorities for health promotion to address sudden infant deaths.

Professor Young said the promotion and implementation of culturally safe care planned around the whole family was likely to be most effective at reducing deaths among the priority groups.

“We hope this research helps improve the delivery of infant, child and family health promotion and preventative care services across the state,” she said. 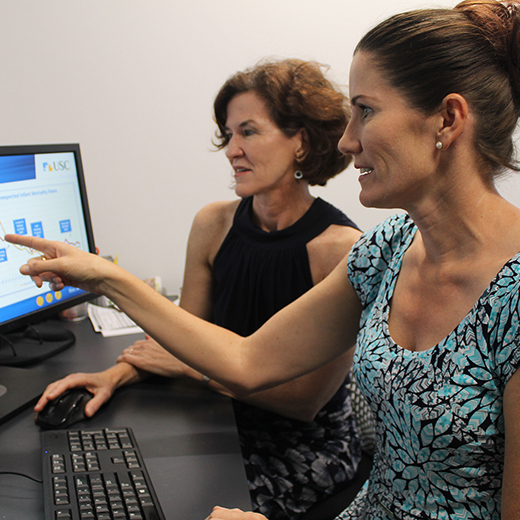 An insect invasion expert from USC Australia will soon travel to the United States on a prestigious Fulbright Future Scholarship to help boost biosecurity between the two countries.