USC athlete to star in opening event at Tokyo - University of the Sunshine Coast, Queensland, Australia

A USC student looks set to play a central role in the first sporting action of the Tokyo Games on Wednesday 21 July as host nation Japan takes on Australia in softball.

Two days ahead of the official opening ceremony on Friday, USC Master of Teaching (Secondary) student Kaia Parnaby will pitch for Australia in the opening round of the softball competition in the impressive Fukushima Azuma Baseball Stadium.

The game is scheduled to start at 10am AEST.

Kaia, 31, is well-known across Japan as she plays professionally in the Japanese Women’s Softball League. During her seventh season for the SGH Galaxy Stars last year, she achieved her 500th strikeout.

The left-handed pitcher is one of six athletes affiliated with USC who will compete at the Games over the next three weeks.

And track cyclist Maeve Plouff, a member of the USC-based Pro Racing Sunshine Coast team, will don the green and gold in the team pursuit event and possibly the Madison (relay). 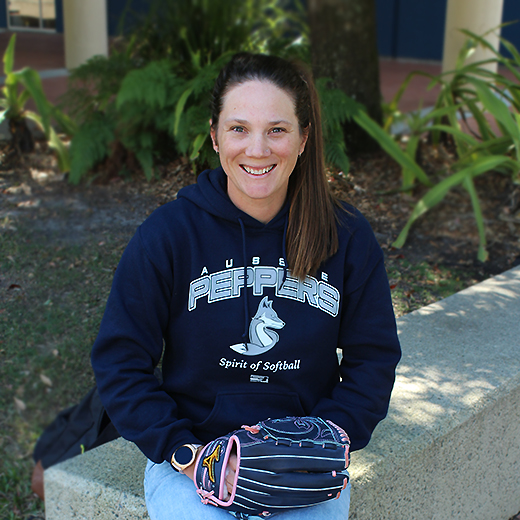