The Indigenous athlete from Coolum credits USC’s High Performance Student Athlete program – which supports her as she balances a double degree in Business and Law with an intense training schedule – in helping her stay in peak form as she competes at an elite level.

Casey, who put in strong performances in three events – slalom, trick and jump – to secure the overall title at the Australian Water Ski Championships held earlier this year at Mulwala, New South Wales, said the win was an unexpected thrill.

“I only decided to nominate in the trick event the day before the competition started which allowed me to qualify for the overall award,” said Casey, who took up water skiing as a six-year-old and competed in her first race aged eight.

Casey, who is a member of the Dunghutti People from the Kempsey area, said she was chasing both academic and sporting success when she moved from Coffs Harbour to study at USC after completing high school.

“I wanted to take my sport to the next level by working under coaching director Emma Sheers at OZ Ski Resort at Coolum. Emma is a multiple winner of every major water ski title, including two world slalom championships and two world jump championships,” Casey said.

“I chose USC due to its reputation, location and facilities. However, it was not until I had enrolled that I discovered I was eligible to join the High Performance Student Athlete (HPSA) Program.”

The program is designed to help elite and emerging athletes achieve at the highest level in study, research, training and competition, with purpose-built facilities and support from world-leading coaches, performance development specialists and sport and exercise scientists.

“I don’t believe I would have been able to get to where I am without this program,” Casey said.

“Having the flexibility to fit in assessments around training and competition schedules, and the support I receive from those involved in the HPSA program, makes such a difference.”

“Water skiing is a sport of both skill and strength, so the program is focused on building my lower and upper body strength and endurance, as well as improving agility and balance,” Casey said.

Now in her third year of studies, Casey’s career goal is to work as a lawyer in the Indigenous sector, specialising in Native Title and human rights.

For more information about studying at USC and the HPSA program is available online and by visiting USC’s interactive online Open Day. Prospective students are invited to an on-campus Meet USC event on 1 August. Information and registration details here. 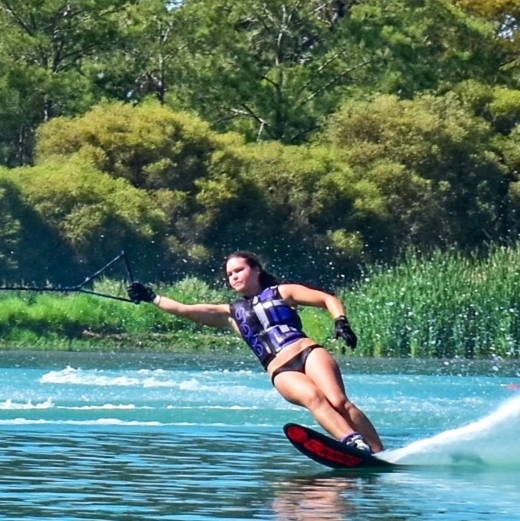