USC wildlife ecologist Dr Beth Brunton is leading the study to understand the occurrence and distribution of kangaroos and wallabies across South East Queensland for comparison against historical data.

“Our community survey in 2015 showed a decline in many kangaroo populations over the past two decades,” Dr Brunton said.

“As habitat loss and road kills of kangaroos have increased in recent years, we want to know if populations are still declining and where they are most at risk.

“We’d like to hear from local people who have seen kangaroos and wallabies on their property or surrounds or who have knowledge of kangaroos in their area. Everyone is invited to share their experiences and knowledge to benefit wildlife conservation in our region.”

She has created an online survey where residents can record their sightings. The anonymous survey takes about 10-20 minutes to complete.

Dr Brunton said the information would help her team to work with local and state governments to ensure future protection for populations that are at risk by establishing recommendations for sustainable management of threatened populations.

She said South East Queensland’s wildlife populations had been placed under increased pressure due to urban encroachment and development.

“There has been a decline in up to 40 percent of populations of Eastern grey kangaroo, especially in coastal areas where urbanisation is greatest,” she said. “We’d like to know if the decline has continued in the last few years. There is also little known about many wallaby species across the region.

“In gathering information about the trends across the wider region, we want to hear from residents. There is a wealth of knowledge out there in our community.” 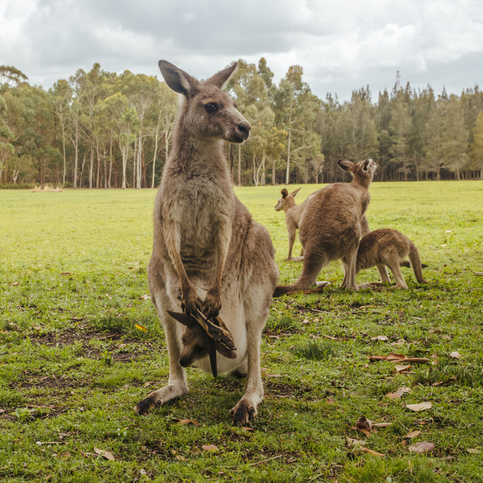