The scholarships were awarded by Moreton Bay Mayor Peter Flannery and USC Vice-Chancellor and President Professor Helen Bartlett at a special ceremony on campus at Petrie on Friday 5 March.

They are enrolled in degrees ranging from Business, Education/Science, Engineering and Environmental Science to Nursing Science, Primary Education, and Social Science/Criminology and Justice.

The council established a $750,000 scholarships fund last year to assist students with demonstrated financial need and the academic potential to achieve their education and career goals.

During the ceremony, Mayor Flannery congratulated the eight recipients and announced that the scholarships would be extended next year to include students enrolling at USC’s Caboolture campus.

“As the Moreton Bay Region grows and USC’s presence grows, our eligibility criteria is growing too,” he said.

“With USC’s campuses at both Petrie and Caboolture being within our region, we’ve decided that from 2022, students facing financial hardships who plan to study at the Caboolture campus can also apply for these scholarships.”

Mayor Flannery said it was incredible to see nearly 3,000 students enrolled at USC Moreton Bay this year, exceeding USC’s year two target for that campus by 25 percent, and that 42 percent of them were the first in their families to go to university.

“That’s where our equity scholarships are a lifeline to those in need. It’s a direct and practical way we help tear down the financial barriers that stop people from pursuing their dreams.”

“These scholarships will have a profoundly positive impact on the recipients who have commenced degrees at USC Moreton Bay this year,” she said.

“And it is terrific news that students starting at USC Caboolture next year will be eligible to apply.

“For a student in financial need, a scholarship can make a huge difference to how much time they have available to study and to achieve their potential in terms of educational and career goals.”

Professor Bartlett said the scholarships highlighted the collaborative efforts of Council and USC to improve the region’s participation in tertiary education and to support the leaders of the future. 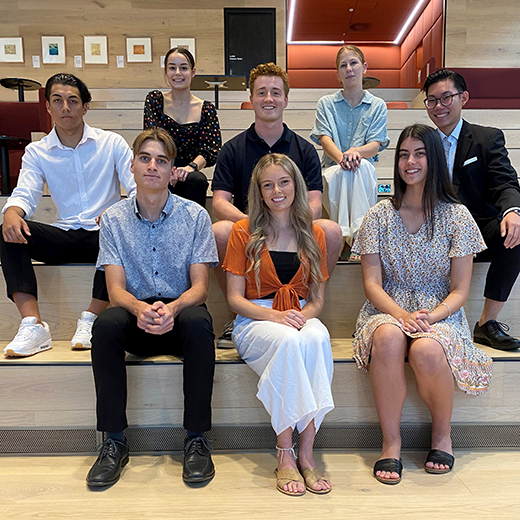