Simply named X-4, the university’s climbing robot has allowed a team of researchers to test and replicate how a lizard moves in the hope that their findings will inspire next-generation robotics design for disaster relief, remote surveillance and possibly even space exploration.

In a scientific paper published today in Proceedings of the Royal Society B, the team states that lizards have optimised their movement across difficult terrain over many years of evolution.

Lead author and USC PhD candidate Johanna Schultz said that after four years of studying lizard movement, and multiple generations of robot designs (X-4 is just the most recent), the team concluded that lizards had practically perfected the way they moved for speed, stability and efficiency.

“The best configuration for the climbing robot happened to be exactly what the lizards were doing, so the lizards themselves had already found the optimal gait for climbing,” Ms Schultz said.

A key finding was that a lizard’s front feet rotate 20 degrees and its rear feet rotate 100 degrees, despite expectations that their direction-dependent adhesive mechanism (their claws, or sticky pads in the case of a gecko) would need to align with the direction of climbing to “stick”.

“The orientation of their feet is not at all aligned with their direction of climbing,” said Ms Schultz, who completed her undergraduate studies at the University of Bremen in Germany.

Such insights could contribute to a formula for robotics optimisation, a field that is often dominated by a focus on improving artificial intelligence-based perception of the environment and autonomy, rather than on movement and structure.

“By understanding which parameters influence an animal’s locomotion, we might be able to define what a robot would have to look like and how it would have to move depending on what we want the robot to do: be super-fast, super stable, or something in the middle,” Ms Schultz said.

Research supervisor Dr Christofer Clemente said there was potential for lizard-inspired robots to assist with communications, search and rescue, and remote inspections (for example telephone poles).

“The Mars rover can’t get to a lot of places it needs to go because it’s on wheels, but a legged climbing robot could access these areas,” he said.

Dr Clemente said that while the team had studied moving lizards for a long time, the robot allowed them to isolate and control the movements repeatedly to learn which way worked best.

“By copying the lizard’s gait, we are showing these animals are really important sources for bioinspiration,” he said. “As a scientific field of study, this is called biomimetics.

“Studying animals is a fantastic way of pushing forward engineering and manufacturing. We can almost jump over the step of testing because the animals have done it already. It’s very exciting.” 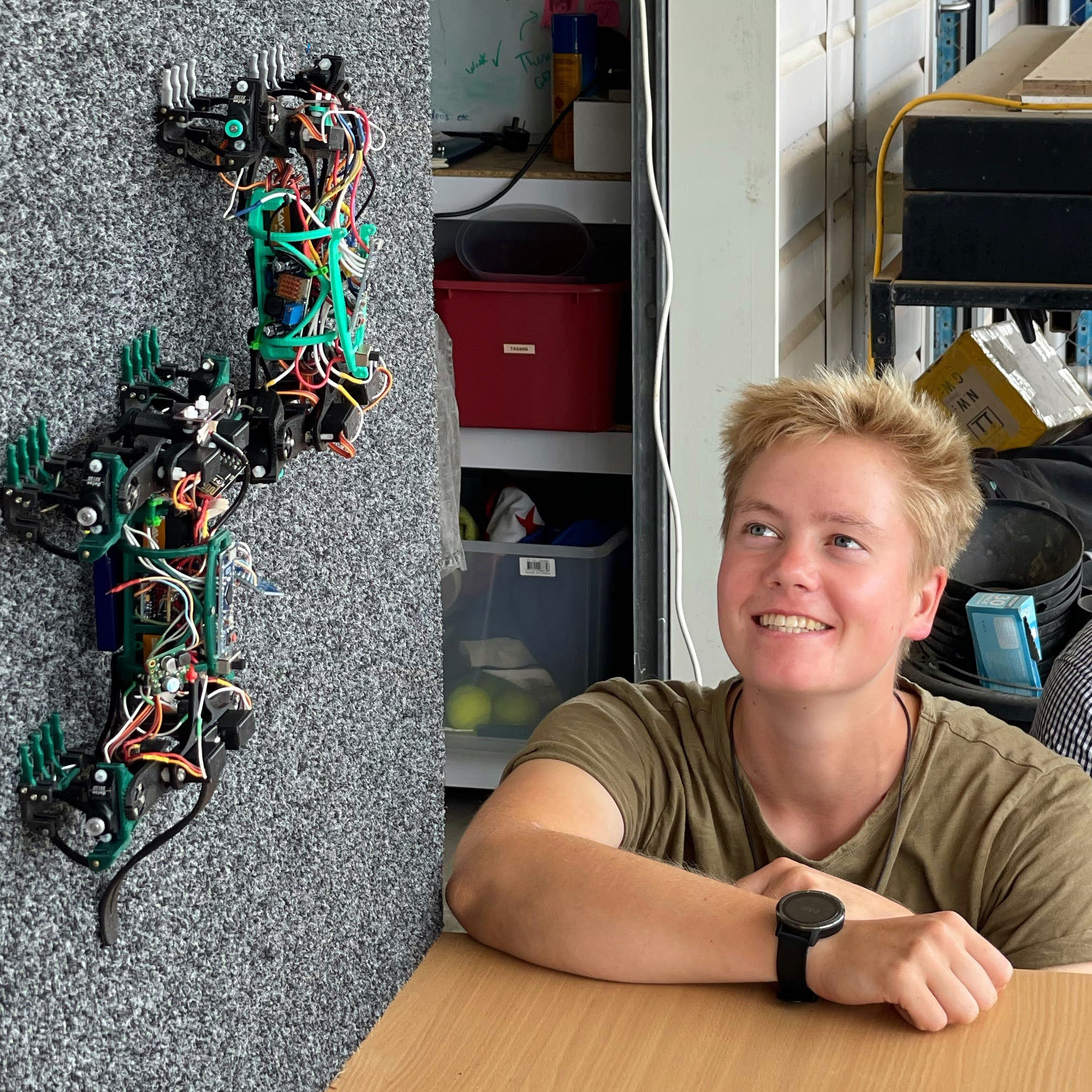 Lifelong love of science finally off the backburner

A Moreton Bay mother has reignited her childhood passion for science, enrolling for a Bachelor of Science at USC Moreton Bay

Eighteen years of USC research on the microbiology of sea foam – often seen along Sunshine Coast beaches after cyclonic rains and storms – have put researcher Dr Ipek Kurtböke in the global spotlight.