USC to finally fly flag for Queensland in the UBL - University of the Sunshine Coast, Queensland, Australia

USC will be the only Queensland university competing in the inaugural national University Basketball League (UBL) tournament that will begin next month after a year-long postponement due to COVID-19.

As one of seven universities in the competition, USC will have both a men’s and a women’s team in the six-round season that is due to start on Tuesday 13 April.

On that day, USC will play at home against La Trobe University, with the women's match to start at 2pm and the men's match at 4pm.

“The inclusion of USC in the national competition is a coup for both the University and regional student basketball athletes,” he said.

“Players will be supported by the USC High Performance Student Athlete Program and, further to that, the formation of the UBL will provide great opportunities for student engagement with work-integrated learning opportunities in various operational areas, including venue operations, marketing, team management, fan engagement, medical support and multimedia.”

Throughout the season USC looks set to host four home games, all of which will be livestreamed online.

USC Stadium is the home venue for USC Rip City’s men’s and women’s teams in the NBL1 North league and the Queensland State League respectively. The University also has strong links with the Brisbane Bullets and hosted pre-season NBL games over recent years. 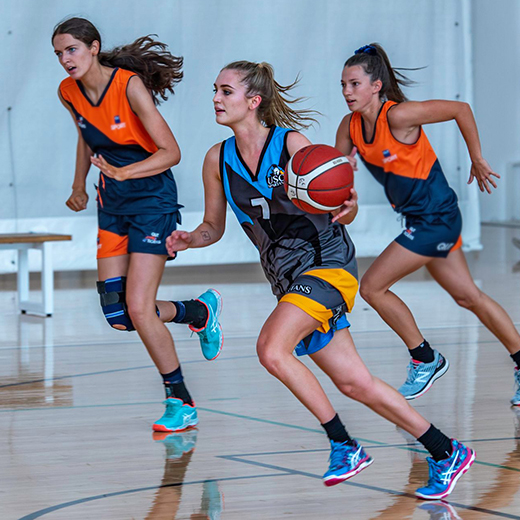