But only 15 percent thought they were prepared, informed and capable of taking action to address the issue.

While less than a third thought that climate change would affect them personally, 85 percent of respondents thought it would negatively affect future generations.

“Noosa has declared a climate emergency, and the most recent evidence from the Intergovernmental Panel on Climate Change (IPCC) indicates that we are on track to reach 1.5 degrees of warming before 2040,” she said.

“It is safe to conclude that the decisions we make in the next few years will largely determine the quality of life for decades and even centuries to come.

“Students of today will be influencing policy and will be the decision-makers of the future, so it is important that they understand the solutions to climate change.”

The survey was conducted to assist planning for next month’s Noosa Youth Climate Summit, which will be run by the Noosa Environmental Education Hub with support from Noosa Council and USC, to enable students to develop actions for school, home and beyond.

Professor Baldwin said many young people were expressing their concerns about climate change through social movements but felt overwhelmed by the enormity of the problem.

“We know that when people are informed and knowledgeable about an issue, they feel more confident to take action,” she said. “Many students had positive experiences from being involved in environmental projects such as clean-up or planting activities.

“Students need to feel their views count and they can make a difference, so it is important to know what they are thinking and provide platforms, such as the Summit, for it to be expressed.”

Professor Baldwin said other findings from the survey included:

Registration is required for the Noosa Youth Climate Summit, which will be held from 9am to 2pm Saturday 9 October and is open to secondary students.

The survey of students was conducted as part of a collaborative international study by Professor Baldwin and Professor Gary Pickering of Brock University in Canada. Professor Brock is also an adjunct researcher with USC. 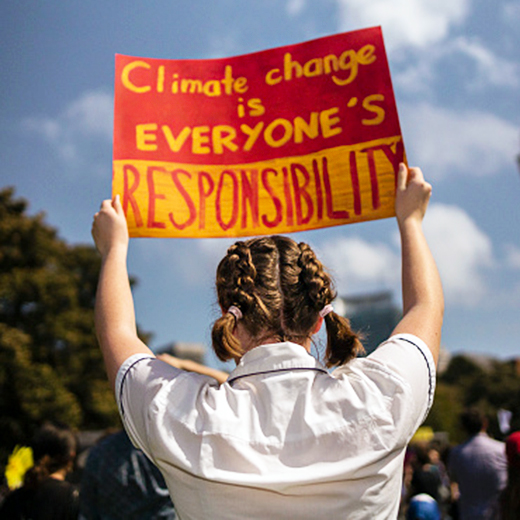