A former hairdresser who studied Nursing Science to help people feel better on the inside as well as outside donned her academic gown on Saturday 2 April for the first ever USC Moreton Bay campus graduation ceremony.

When Liberty Leigh of Deagon crossed the stage to receive her University of the Sunshine Coast degree, she also received a University Commendation for Academic Excellence for her impressive grade point average of 6.37 (out of a perfect 7).

The 28-year-old has already succeeded in her career change, starting work this year as a graduate nurse in a general medical ward at The Prince Charles Hospital.

Liberty, who studied at the USC Caboolture campus, said it was an amazing experience to receive her Bachelor of Nursing Science in front of her family and friends.

“I left St Rita’s College in Grade 12 to be a hairdresser and worked as one for seven years,” she said.

“When I went on maternity leave to have my daughter, I decided I wanted to do something in a health setting that also contributed to helping people.

“I always thought I wasn’t smart enough to succeed at university. But I decided to give it a go. I chose USC because I wanted a smaller university where I could be more in touch with tutors and peers.

“I completed my degree over four years, taking one semester off to have my son and continuing to work as an Assistant In Nursing throughout my studies.

“Managing a household, children, work and studies had its challenges but I was able to maintain good grades because I really enjoyed the content I was studying. And, of course, I wouldn’t have been able to do it without the support of my family.” 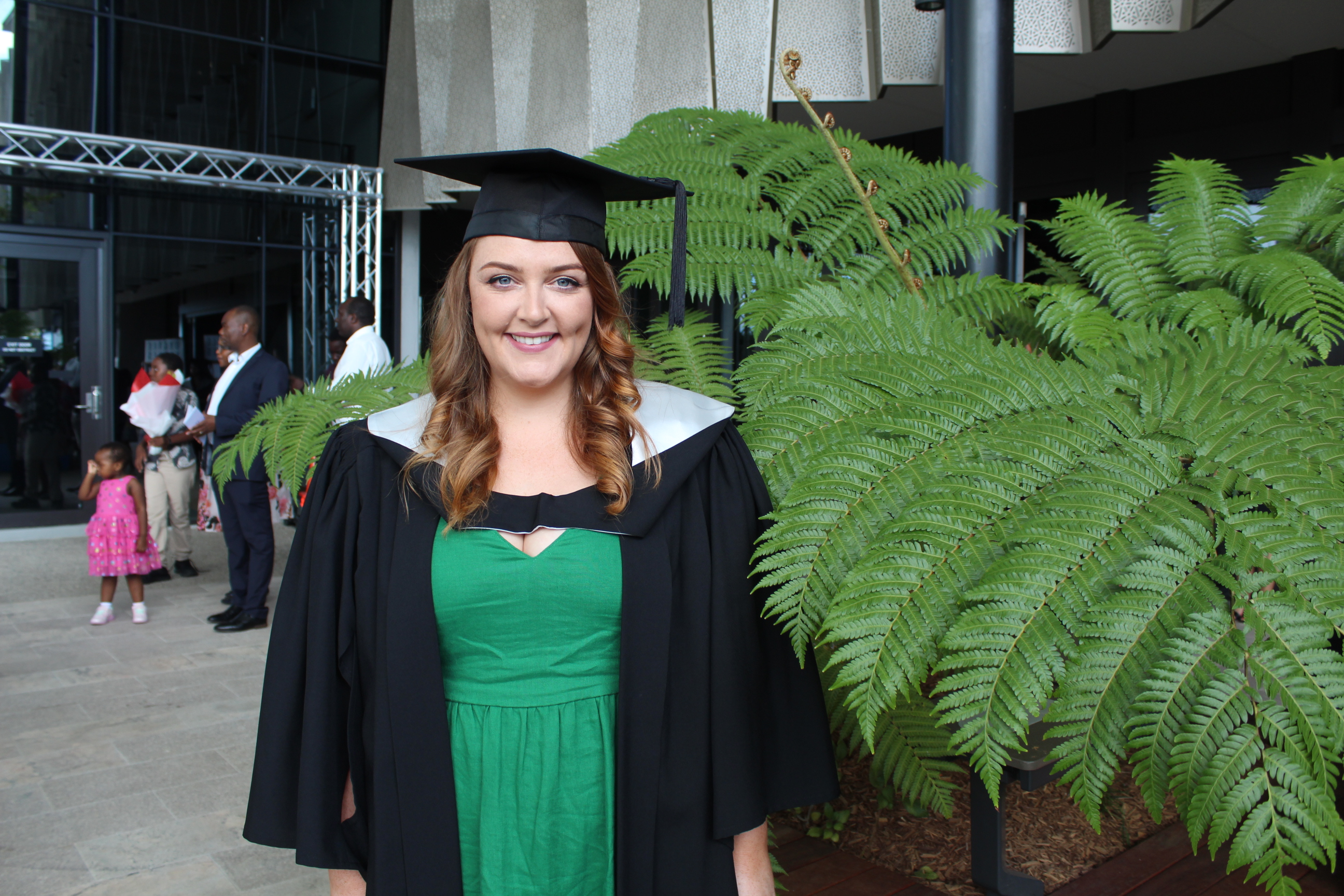