The Spartan’s new coach Warwick Wilson said his approach was in line with Basketball Australia’s style of play – that is, disruptive defence and aggressive, but controlled, offence.

“We’ll change it up a little bit and look at getting a little bit more physical but still having an energetic style of play,” Mr Wilson said.

“Every coach has a different style of play and system of play. I am looking at introducing some of the things I enjoy. The team had fairly good success last year, so there’s some things I will keep.”

Mr Wilson, head of coaching at InsideOut Basketball, has 23 years coaching experience under his belt and holds a USA Gold Licence coaching qualification.

“I see the UBL as a massive opportunity for the players,” he said. “This competition is only going to go from strength to strength.”

Mr Moore said the Spartans were in good shape, with a strong core group of players coming off a successful 2021 in which the team won gold at the Unisport Nationals (Qld) and was fourth at the end of the regular UBL season before it was cancelled due to COVID-19.

Students enrolled at USC can trial in February for the men’s and women’s teams, with the season expected to run from March to May. Games will be played mid-week, with home games at USC Stadium, and every game of the 2022 UBL will be livestreamed.

USC is one of 11 Australian universities and the only university in Queensland in the competition which was launched in 2021.

As an extra incentive for USC students to play, four $2,500 UBL bursaries (two for males, two for females) are available this year with the support of USC Rip City Basketball and InsideOut Basketball. 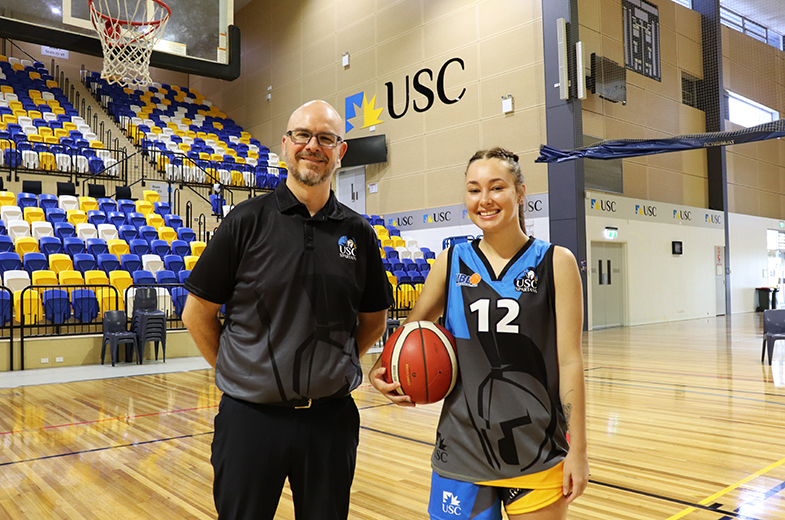