Previously known as the Education Minister's Awards for Excellence in Art, this program has been conducted annually since 1990 and it has helped to raise community awareness about the degree of sophistication in concepts, diversity of technical competence, and the high standard of arts education in Queensland secondary schools. 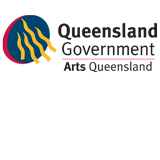