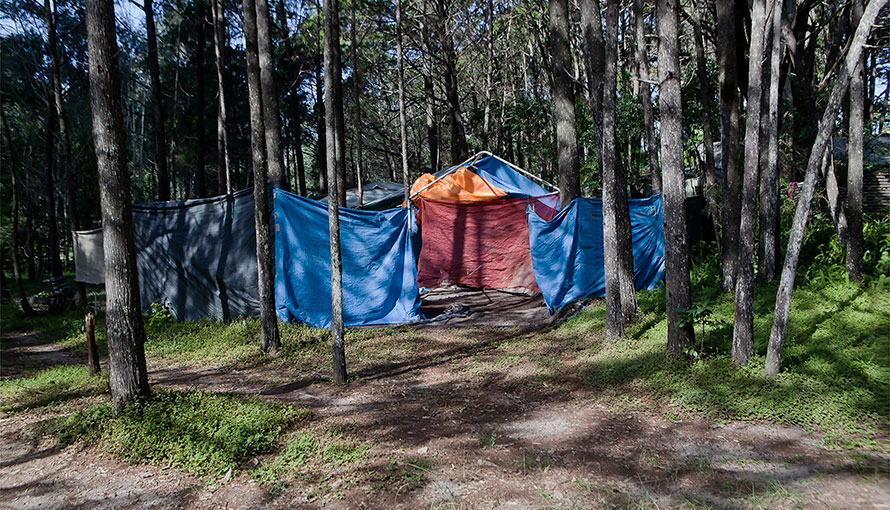 Kim Guthrie will talk about the stories behind the photographs in his exhibition River's Edge: Kim Guthrie.

River's Edge is an exhibition of photographs of Johns Landing Camping Ground in Noosa by Sunshine Coast based artist Kim Guthrie.

In 1892, the Johns family purchased a pristine tract of Noosa River front land. From the 1950s, Ben and Pat Johns operated the land as a low cost private camping ground until late 2017 when it was sold to Noosa Regional Council.

In addition to welcoming campers, Johns Landing had many long term residents. It was a sanctuary for those on the brink of homelessness or otherwise marginalised in the community. Guthrie visited Johns Landing over a number of years and with more frequency in the lead up to the sale.

The exhibition brings together a selection of the moving portraits and documentary photographs by Guthrie that capture this unique community.