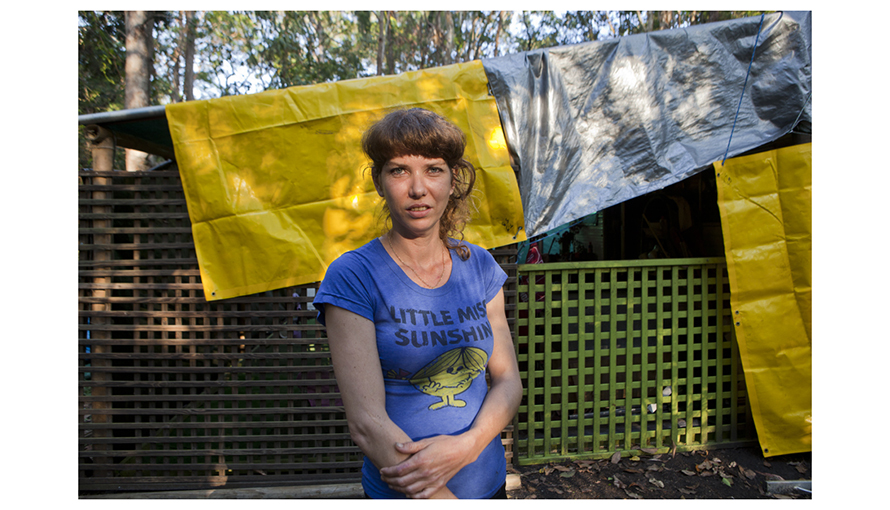 Penny outside her camp 2017

River's Edge is an exhibition of photographs of Johns Landing Camping Ground in Noosa by Sunshine Coast based artist Kim Guthrie.

In 1892, the Johns family purchased a pristine tract of Noosa River front land. From the 1950s, Ben and Pat Johns operated the land as a low cost private camping ground until late 2017 when it was sold to Noosa Regional Council.

In addition to welcoming campers, Johns Landing had many long term residents; it was a sanctuary for the homeless and those otherwise marginalised in the community. Guthrie visited Johns Landing over a number of years and with more frequency in the lead up to the sale.

This exhibition brings together a selection of the moving portraits and documentary photographs by Guthrie that capture this unique community.

Kim Guthrie is a prolific photographer who has a fascination with the ordinary. He says that through his work he is “exploring Australian-ness, trying to get to the essence of us as a unique and special place”. He describes this as a reaction to the doctored and constructed images that we are bombarded with daily.

Originally from Melbourne, Guthrie studied Fine Art at the Victorian College of the Arts and his work has been included in numerous exhibitions nationally and internationally.