Graduate salaries: does it pay to get a uni degree? - University of the Sunshine Coast, Queensland, Australia

University students sacrifice a lot in time, money and hard work to get a degree. But, there's growing evidence that it's worth it. Australian graduates are definitely rewarded with better job outcomes and higher salaries than post-school leavers with no qualifications.

And, the longer term outlook is even brighter. The GCA's follow up Beyond Graduation Survey, taken three years later with the same group of respondents, shows 89.2% of graduates in degree-related jobs.

The only way is up

The survey found that graduates with a combined or double degree had better employment results with 74 % employed compared to 68% with a single degree.

GCA also prepares a yearly breakdown of graduate salaries by fields of study.

Health-related degrees, such as medicine, nursing and allied health therapies enjoy between 70-99% success rates in gaining jobs after uni with starting salaries ranging from $56,000-$62,000.

The STEM degrees – Science, Technology, Engineering and Mathematics also perform well with 60-79% of graduates securing jobs soon after graduating with yearly salaries from $55,000-$60,000. Education degrees achieve a 70% employment rate, earning up to $59,000 a year.

Graduates in Law and Justice Studies attract a salary of $58,800 with 73% employment success. 70% of Business graduates find employment soon after graduating, earning up to $52,000. Communications and Humanities graduates achieve 50-76% employment with a starting salary of $55,000. (For more info, check out GCA's Where Grads Go).

Finding that first job is all important. The GCA survey found graduates got full time jobs in 2014 and 2015 from three main strategies – 26.9% got jobs from searching internet advertisements, 14% from talking to family and friends and 11.7% from university or careers services.

In our next blog, we take a snapshot of where the job growth is happening and why a student's choice of degree is so important to future employment. 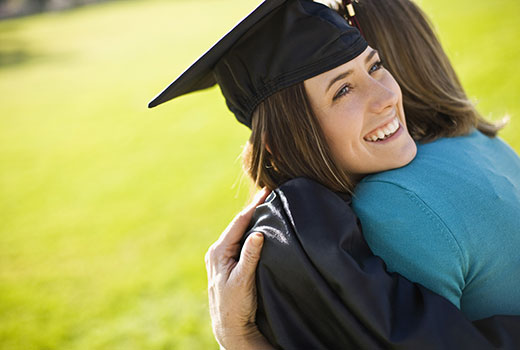