The evening also included a presentation, 'Traversing the pitfalls of technology and social media' by Detective Senior Sargent Scott Ballantyne from the Queensland Police Service who has over 20 years of experience in law enforcement, with a focus on technology-based investigations or support of such investigations.

“I focused on a pilot study I was involved in last year where we spoke to 1,300 young people in Australia and New Zealand. It was really interesting how much they were already aware of the negative effects of too much screen time,” he said.

Other online resources for parents 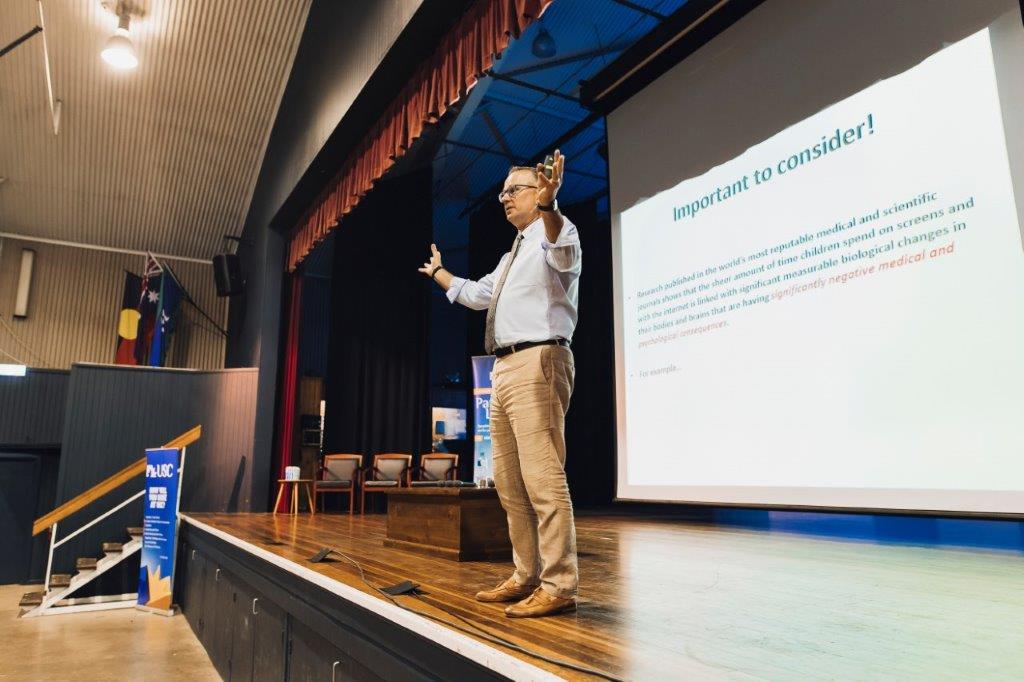