Thank you to those who nominated a USC graduate for this year's alumni awards. Recipients were announced at the Outstanding Alumni Awards on Thursday 24 October 2019 at USC Sunshine Coast. Alumni, staff, students, supporters, guests and the general community came to experience this social and inspiring evening. 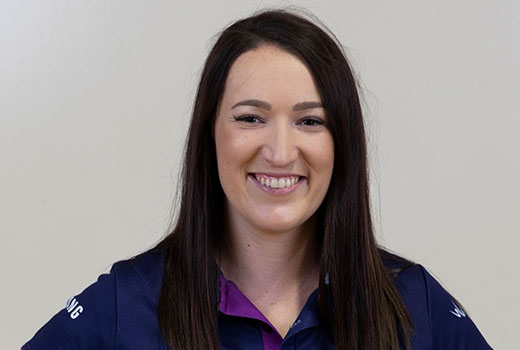 Jordy Bath works for the Sunshine Coast Lightning netball team as the Community and Events Coordinator and is passionate about Women’s Professional Sport. Jordy has implemented several community programs and events while with Lightning, the most notable being the Confident Girls Foundation Program, where she worked with disadvantaged girls and gave them opportunities they wouldn’t otherwise receive. Her role has expanded to managing over 50 volunteers, including recruitment, training and game day management. 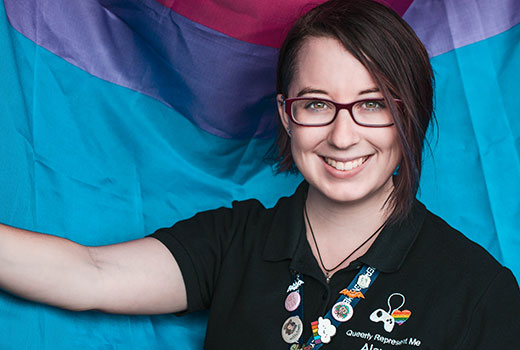 Alayna Cole is the producer at Sledgehammer Games in Melbourne. She is also the managing director of Queerly Represent Me - a charity working to support marginalised people in the games industry and is the co-chair of the IGDA LGBTQ and special interest group. Alayna has been signed to publish two books in 2020, has won awards in several fields including being named a finalist for the Queensland Young Achiever Awards in 2019 and works alongside organisations like Screen Queensland and the Brisbane Powerhouse. 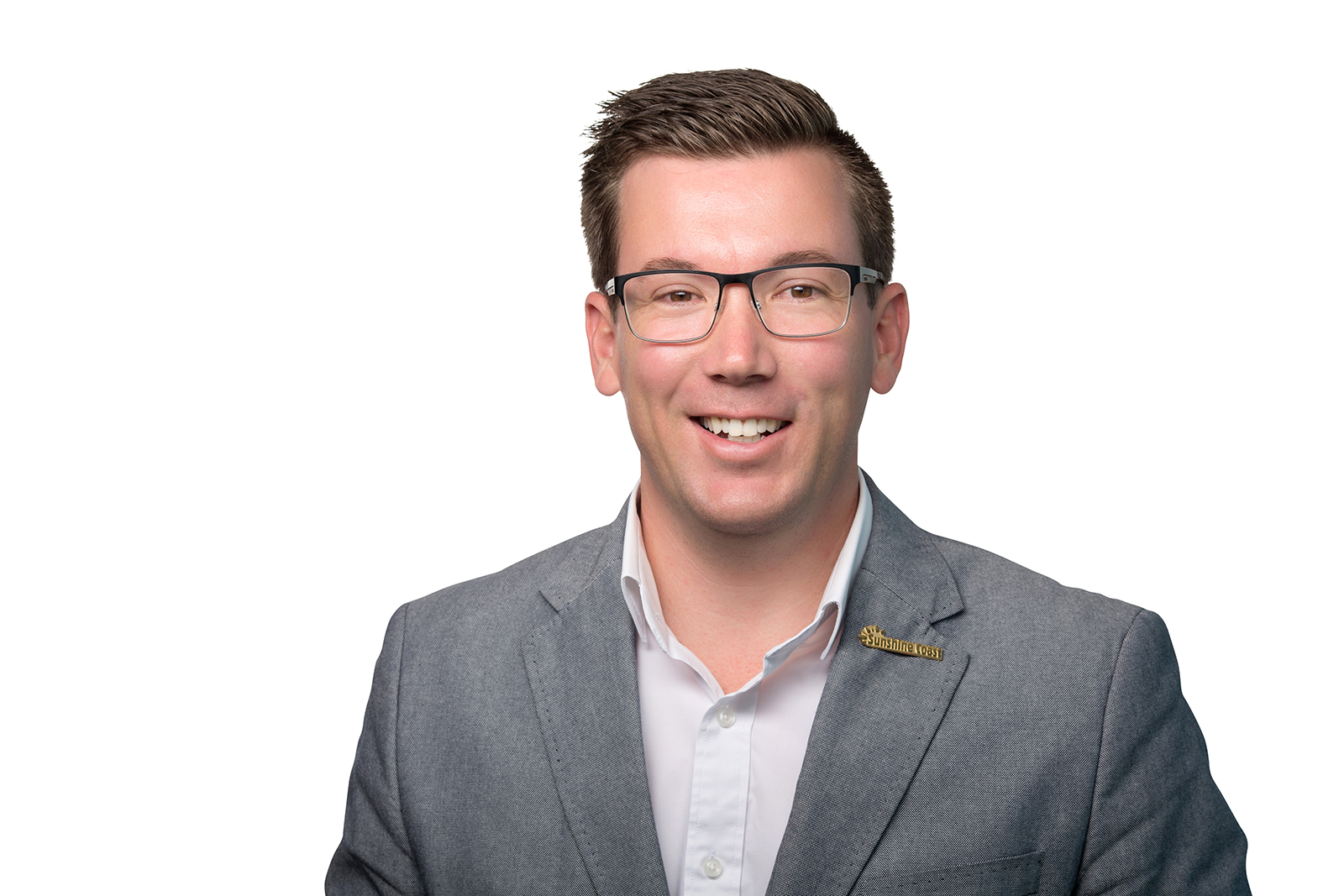 Since graduating from USC in 2001, Andrew Fairbairn has built a successful career, both domestically and overseas in the tourism, marketing and destination development profession. In 2017, Andrew joined Visit Sunshine Coast, the regional tourism organisation, to lead their Industry Development team. His ability to collaborate with and unify 19 historically disconnected groups by creating the Sub-Regional Development Board, represented by the eight key tourism regions, as well as strategically realigning the Industry Development Program, has largely contributed to unprecedented visitation numbers for the Sunshine Coast. 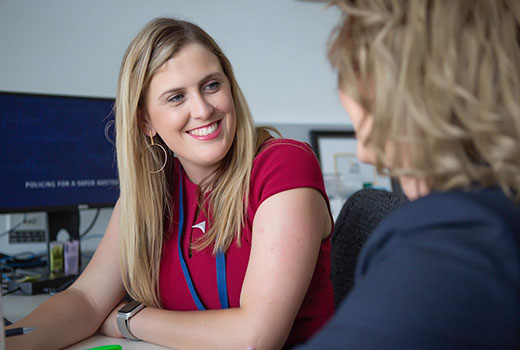 Jordyn Francis (nee Archer) works in the Australian Centre to Counter Child Exploitation, a Federal government initiative led by the Australian Federal Police. Jordyn’s role is to liaise with government and non-government departments and law enforcement agencies to develop strategies, campaigns and training programs which aim to help prevent children in Australia and South East Asia falling victim to online child exploitation. Jordyn is also passionate about issues on her own doorstep, and co-coordinated a community initiative in 2018 called Project REACH (Raising Essentials and Clothing for the Homeless). In 2014, Jordyn was awarded Queensland Young Australian of the Year for her activism in child protection. 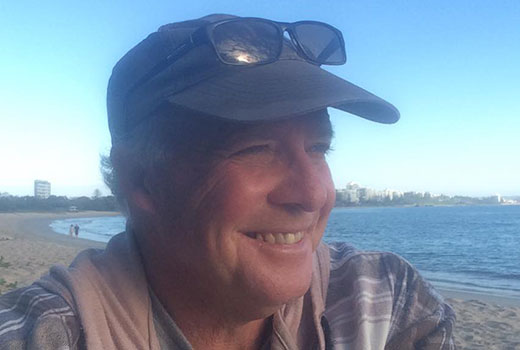 Terry Keene is a specialist in captaining and training Underground Mines Rescue Teams including rescuing men trapped in an exploded underground coal mine and has worked as State Manager of the Queensland’s Mines Rescue Brigade. He is also a keynote speaker on human rights, business ethics and has volunteered as a Chaplain at a maximum-security jail. Terry has formed a research-based business while writing a book on Australian culture and completing his auto-biography manuscript. 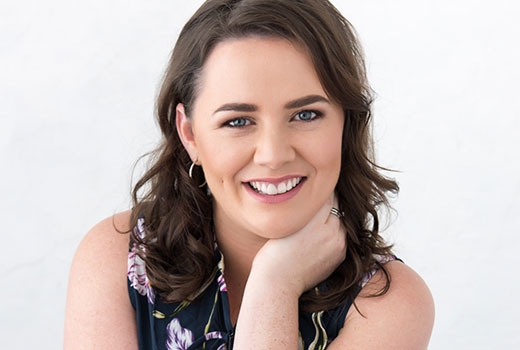 After completing her business degree in 2006, Nicky Leonti moved to the United Kingdom to begin her marketing career. Travelling the world encouraged her to continue learning and she completed her teaching degree and focused on combining her two passions. In her career she has created and run online courses that has supported over 300 women in starting their own businesses. She was selected by Facebook to speak at their panel event for sharing advertising strategies for small businesses on the Sunshine Coast. Nicky is currently the Paid Advertising Coordinator for global media company, Food Matters. 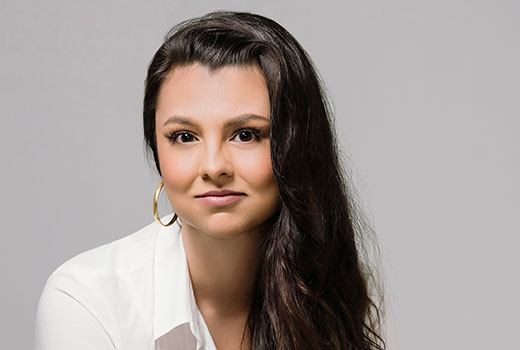 Jay Ludowyke is an author and academic whose non-fiction book 'Carpathia' was published by Hachette Australia in July 2018. She has appeared on national television and radio including ABC Conversations and Studio 10 and lectured at the Australian National Maritime Museum. She was the recipient of a $75,000 Australian Postgraduate Award and a USC HDR Emerging Talent research award. She currently teaches writing in USC’s Community Engagement program and is often a guest speaker at schools, libraries and community organisations. 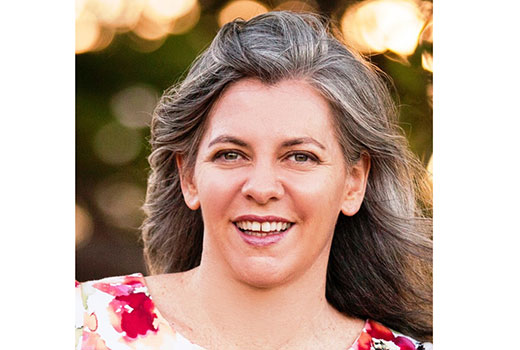 Sonia Marshall's years of advocacy work with the federal government, advisory boards, drug manufacturers, media and the cystic fibrosis (CF) community has resulted in affordable access to life-extending medications for over 1,300 CF patients in Australia. In 2018, after three years of lobbying and three unsuccessful attempts, a medication was approved for listing on the Pharmaceutical Benefits Scheme, reducing the annual $250,000 cost per patient to $39 per month, and increasing life expectancy by 20 years. Since 2009, Sonia has mentored over 500 CF parents to develop coping strategies and strengthen support networks. In 2016, she was recognised for her advocacy for the CF community by the Governor General of Australia. Sonia also works in the field of sustainability and is currently leading a UNESCO Biosphere nomination for the Sunshine Coast region. 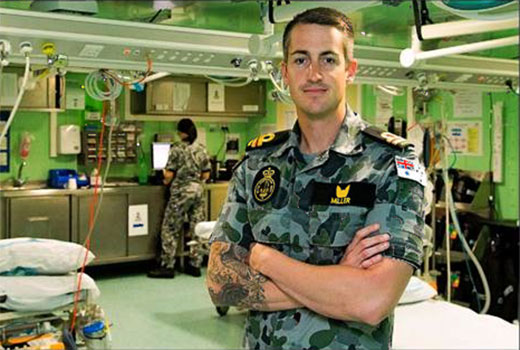 After being sponsored by the ADF throughout his nursing studies at USC, LCDR Thomas Miller has served within the Australian Army and the Royal Australian Navy. He has held positions including Senior Nursing Officer for Tactical Trauma Teams, Head of Department of Australia’s Maritime Emergency / Resuscitation Capability, and his latest role as the Navy’s Senior Nurse Educator. Thomas has deployed on multiple Military Operations including in Iraq and Afghanistan. His latest Operation commenced in January 2019, as Officer in Command of the Military Emergency Department within Kabul, Afghanistan. In 2018, Thomas was awarded a Fellowship by the College of Emergency Nurses Australasia. 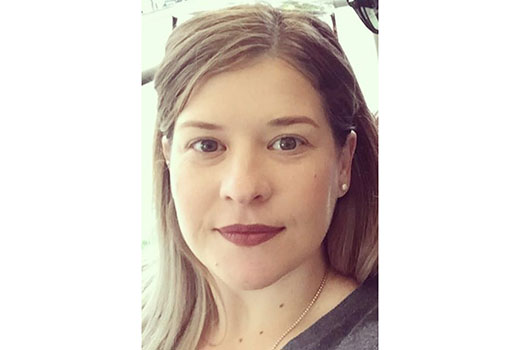 Jess Murphy is an educational leader who shares her love of second language learning as well as literacy intervention to mentor new and beginning teachers, and improve tertiary pathways for high school students. She has established, lead and sustained Japanese language programs at two separate schools in the Northern Territory and Queensland, including tertiary entrance pathways for Japanese and exchange tours to the Kansai area in which she lived during exchange with USC. Jess is currently Deputy Principal and Head of Literacy and Library at a school south of Brisbane, a role that sees her actively focused on leading pedagogy for literacy improvement, whilst also still teaching in her passion area of Japanese. 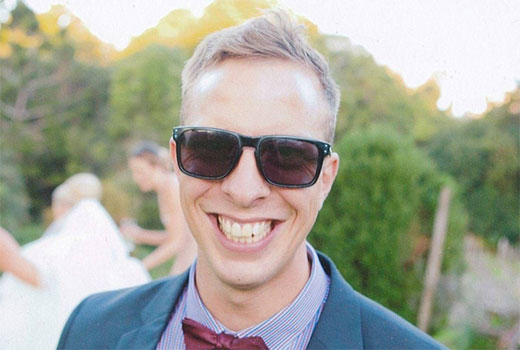 Cameron Niven is an Advisor to the Qld Workers’ Compensation Regulator working alongside self-insured employers to better increase claims performance and ensure best practice in regulatory compliance. Previously he was a Senior Corporate Advisor for Apple providing legal advice on a broad range of issues. He is currently completing a Master of Laws at the University of Queensland (UQ), where he is the chapter leader of the Australian Veteran Student Association (ASVA), an association that aims to assist ex and current Australian Defence Force (ADF) members to gain access to study and succeed in that pursuit. He is also a long-time volunteer for various organisations assisting ex-Defence Force members, including WithYouWithMe, Mates for Mates, RSL and Legacy. 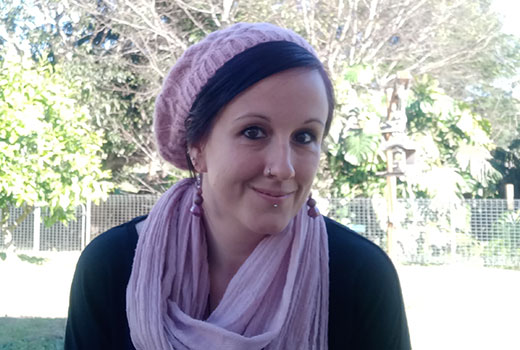 Gabrielle Prosser has a strong passion for working in the field of mental illness, from her career as a social worker and from life experiences. Gabrielle's lifelong goals are to continually work towards ending domestic violence and to create a world where no one has to lose their life or loved ones to suicide. She has addressed these issues in a grass roots way by creating the campaign 'Take Your Pineapples Out' and the 'Moving Forward' resource, which offers opportunities for people to engage in conversations about some of our most devastating social issues. How communities and individuals have embraced both of these are a career highlight. 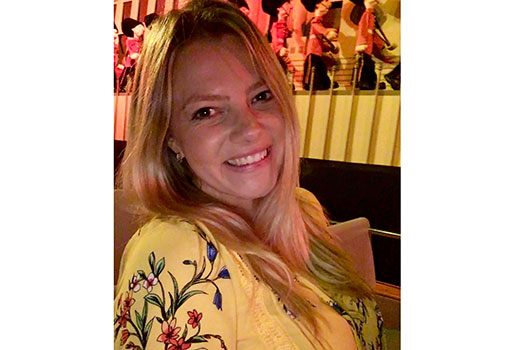 In her short time in the classroom as a teacher, Melissa Shenton has made a significant contribution to the teaching teams she has worked with, her students’ learning, as well as their extra-curricular activities and has been involved in many charity events. Her proudest achievement has been her involvement in numerous fund raising events, including cabarets and trivia nights for Team Adem raising in excess of $25,000. Melissa is also the youngest recipient of the ‘Highly Accomplished Teacher’ status as a reflection of her outstanding work in and out of the classroom. She has been at the forefront of the syllabus changes in Queensland, leading teams in her subject areas to implement the changes. 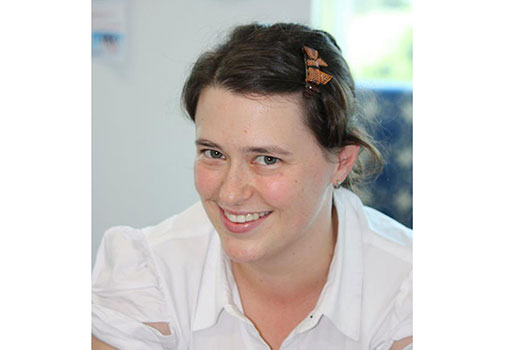 Tess Wethereld is a senior marketing communications professional with over 10 years’ experience in traditional and web-based communications, marketing, events and design, receiving several awards during her career. Currently, she is an R&D Innovation Architect for TechnologyOne - Australia’s largest publicly listed enterprise software as a service company. Tess has a passion for inspiring the next generation of tech leaders and is involved in a number of educational technology programs. She was instrumental in creating the TechnologyOne STEAM Lab, which won a MARVEL Award for Hack of the Year in April 2019. 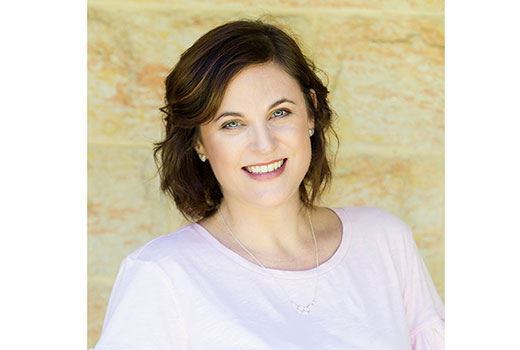 Jolene Wynne (nee Ogle) began her career within media at Noosa Today before turning her love for writing into a business. Jolene co-founded Real Estate Write with her husband and fellow USC alumnus Aaron Wynne. The business now services agents throughout Australia and the world, providing copywriting for real estate agents. Her love for media has seen Jolene write for local magazines such as Salt and IN Noosa Magazine. Jolene also owns and operates Paper Flowers Australia, Australia’s only large-scale supplier of handmade paper flowers. The sale of each flower supports social enterprise in Thailand, helping women gain financial independence.