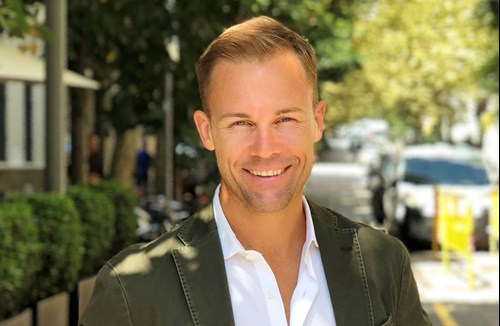 Since leaving USC and moving overseas 18 years ago, Sean has built a career in retail, finding a passion for global trade and cross-cultural relationships. All of which has led him to his current role as a Country Director for Spanish company, Mango, based between Barcelona and Dubai, managing 80 countries in Africa, the Middle East and South Asia. 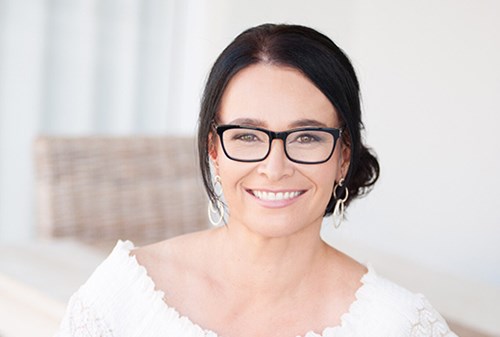 From leaving school at 14 to working in senior levels of business management, Angela’s path to success has been anything but ordinary. With no formal fundraising education, Angela has raised several millions of dollars through a heart and passion for local community. This has been underpinned by her commitment to tertiary education and applying what she has learnt in both her Bachelor of Business and EMBA degrees to shaping and influencing a region. 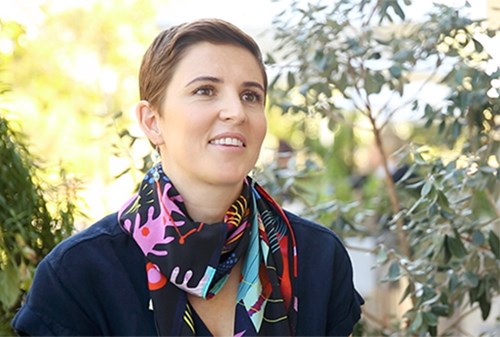 In just a few years since graduating from USC as a Chancellor’s Medallist and the first USC student to receive the Prime Minister’s Australia Asia Undergraduate Award, Ashleigh has been unstoppable in her mission to reduce global waste.

After working on some of the world’s most intractable environmental issues, including how to transform the supply chain of one of the world’s largest producers of palm oil in Indonesia, Ashleigh’s primary focus now is on being the catalyst for Australia's transition from the linear ‘Take, Make, Use, Dispose’ economy to the circular economy. 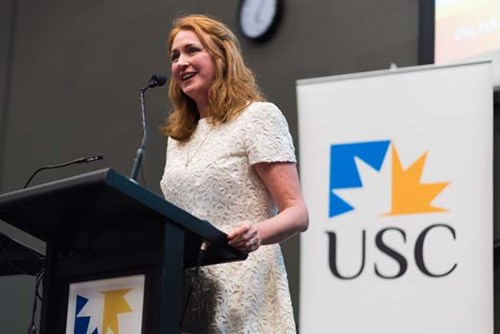 USC nursing graduate Capt. Jan Becker is well known and respected in the aviation industry as CEO of Becker Helicopters Group — the Southern Hemisphere’s largest helicopter flight academy. She is a commercial helicopter pilot and board member of Helicopter International Association based in Washington DC.

Her drive, vision and business acumen have been recognised with multiple honours, including the 2014 Telstra Queensland Business Women’s Owner Award and the 2013 Telstra Australian Medium Business Award. 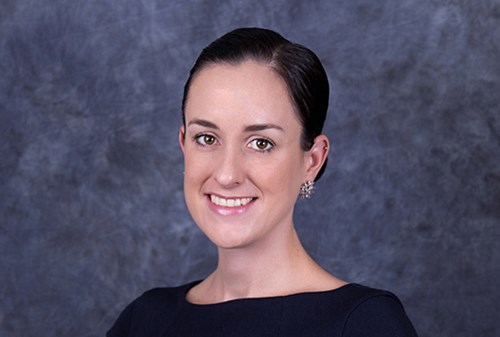 Bachelor of Nutrition and Dietetics 2013

After graduating from USC, Megan researched locations that were underserviced in her field and chose Gladstone to establish herself as the only ‘practising private dietitian’ in the region when the new Gladstone GP Super Clinic opened its doors.

Over the past four years, Megan’s clinic has grown from one day a week to a full-time practice employing two other nutrition and dietetics professionals. Not only has Megan's clinical care setting broadened, she has also accepted government, corporate and community contracts for QLD Health, Gladstone Ports Corporation, Gladstone Regional Council and Headspace Gladstone. 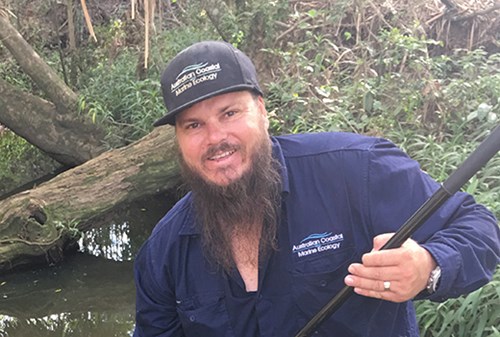 Since graduating at USC in 2004, marine scientist Mathew Davis has worked in the world of environmental management, especially water quality monitoring, mostly in South East Queensland and beyond. In 2013 Mathew founded Australian Coastal and Marine Ecology (ACME) and has lead his team of qualified environmental professionals on a multitude of infrastructure projects, including a 7-year contract on the Moreton Bay Rail Link Project for the Department and Transport and Main Roads.

In 2017, Mathew won the Unitywater Moreton Bay Showcase Award for innovative education programs and fundraising efforts for important environmental projects under another company he founded, Coastal Protection Core. Some of these impacts include donating the equivalent of 140 days of education to disadvantaged children in Zimbabwe, 33,000 days of clean water to families in Cambodia, and 15,072 horticultural training sessions to children in India. 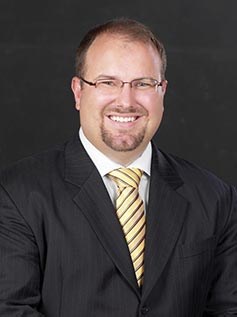 Not long after completing his studies, Ryan secured a job with Jones Lang LaSalle in Sydney as a Facilities Administrator. He was quickly promoted to Facilities Manager, taking on extra leadership assignments with clients such as Coca Cola Amatil, Deutsche Bank and Morgan Stanley. During this time, Ryan won several corporate awards, completed the Jones Lang LaSalle ‘Leaders of the Future Program’ and received his industry accreditation as a Facilities Manager. 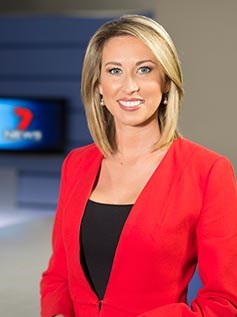 In 2005 Katie Toney (nee Blowers) began her journalism career with the 7 Network as a USC student intern. By the end of her final exams, she was employed as a cadet reporter in a full time role at the Bundaberg bureau. Over the last 10 years, Katie has reported on a variety of hard hitting and feature stories such as the Jayant Patel scandal, Daniel Morcombe’s murder, floods and cyclones.

Scott was in the first intake of sport and exercise science students at USC in 1999. Around the same time, he wrote a letter to Brisbane Broncos coach Wayne Bennett offering his services at training and ended up volunteering there for two years, doing everything from holding up the tackle bags to filling water bottles. 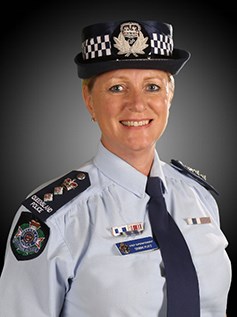 Debbie Platz is the Chief Superintendent and Executive Manager, Training and Development, of the Queensland Police Service (QPS) and Public Safety Business Agency with 28 years of service. In this role, Debbie is responsible for the training of approximately 800 police recruits each year and 15,000 service personnel across Queensland, including investigative, intelligence, forensics, counter terrorism and detective training. She is also responsible for the training and development of over 300 staff from the Public Safety Business Agency, which enables the Queensland's police, fire and emergency services agencies to deliver the best public safety services to the community.

Debbie has and continues to represent QPS on numerous boards and committees at State, National and International levels. These include: the Professionalisation Forum of the Australian and New Zealand Policing Advisory Agency (ANZPAA); the Women in Policing Reference Group ANZPAA; General Secretary of the Australasian Council of Women and Policing for the past three years; the Special Task Force in to Domestic and Family Violence, and Secretariat of the newly formed Australian and New Zealand Society of Evidence Based Policing. 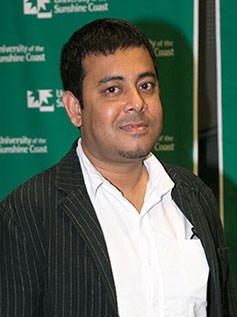 Dr Warish Ahmed is a Senior Research Scientist in the Land and Water Flagship, CSIRO, Ecosciences Precinct, Brisbane, and an Adjunct Senior Lecturer at the University of the Sunshine Coast (USC). As part of his doctoral research at USC, under the co-supervision of Associate Professor Mohammad Katouli and Dr Ron Neller, Warish developed a microbial source tracking (MST) method known as 'biochemical fingerprinting' to identify sources of faecal pollution in Australia’s waterways.

His expertise in MST was recognized by the Queensland Department of Environment and Resource Management (DERM) with a grant in 2006 to develop quantitative PCR (qPCR) based sewage specific markers for the quantification of sewage pollution in storm water run-off. While at DERM, Warish developed a 'Toolbox' of methods to detect and measure key pathogens commonly found in environmental waters in Australia.

Jonty Bush was awarded 2009 Young Australian of the Year by the National Australia Day Council for her dedicated work on prevention initiatives and law reforms for homicide victims in her role as CEO of the Queensland Homicide Victims Support Group.

Keryn is a dedicated campaigner for social justice and ecological sustainability in her role as Councillor, Division 3, with the Sunshine Coast Regional Council and previously as the Coordinator of the Sunshine Coast Environment Council.

Dr Elke Hacker received the 2008 Outstanding Alumni Award for her research work into the genetics of melanoma cancer at the Queensland Institute of Medical Research (QIMR).

Dr Craig Hansen was recognised for his doctoral and postdoctoral research in epidemiology (the study of diseases in populations) which included field work in the South African township of Soweto. In December 2007 Craig commenced a post-doctoral fellowship with United States Environmental Protection Agency (USEPA).

Kristy Ellis (nee Munroe) was recognised for her achievements in Surf Lifesaving on a local, national and international level. With both a University of the Sunshine Coast degree and multiple Australian and World Ironwoman Championship titles to her name, Kristy said she has now achieved many of her educational and sporting goals.

The inaugural Outstanding Alumni of the Year Award was presented to medal-winning paralympian Marayke Jonkers in recognition of being named Queensland Young Achiever of the Year 2005. Marayke beat a field of 400 contenders.

Please note: this is archival information and may not reflect the recipients' current work details.