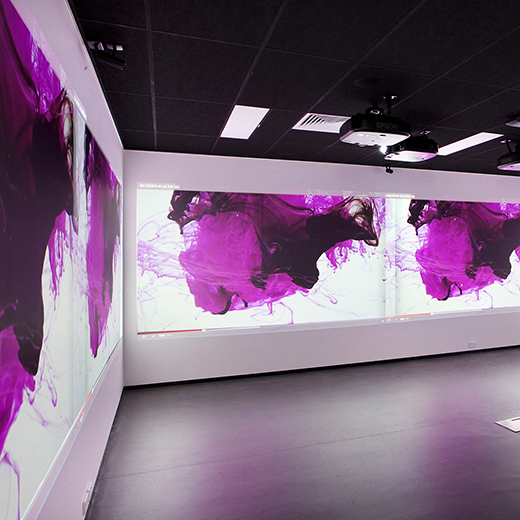 USC’s multimillion dollar Learning and Teaching Hub has won another award, this time for its innovative technology.

Contractor InDesign Technologies has won Crestron’s Education Project of the Year for its cutting-edge design and installation of audiovisual infrastructure in the three-storey building on campus at Sippy Downs.

When the building opened in August, it heralded a new era of simulation learning, community engagement and stronger links between USC and TAFE, particularly in nursing education. It also won a Queensland Master Builders Sunshine Coast award.

USC Senior IT Analyst Scott Dukeson said Crestron was a leading global provider of control and automation systems and the award was specifically for InDesign’s application of nursing simulation technology, which also linked student learning between the Sippy Downs hub and USC Gympie.

“We were up against some innovative projects so this is a good win for USC and InDesign Technologies,” Mr Dukeson said. “It showcases the world-class facilities USC now has in the nursing and simulation space.”

He said the state-of-the-art nursing simulation facilities, which used Crestron’s Digital Media matrix, allowed teaching staff to connect to any simulation space in the building to instruct and evaluate students.

“The Immerse space, for example, re-creates a variety of sophisticated scenarios and environments, from a patient’s home to a hospital ward, to help students learn.”

USC students competing next semester in a global humanitarian engineering contest to help residents of a poor, remote African village will have a high-tech advantage over their rivals.

Learner drivers will have the chance to participate in a simulated driving experience in USC's high-tech Immerse laboratory on the weekend of 9-10 May.

A new $284,000 grant will enable USC to lead a project in collaboration with seven other regional universities to find the best ways of delivering state-of-the-art education to students of the future.

A USC expert in young novice driver road safety has won a highly-competitive national award worth almost $310,000 over four years.

The potential uses for the University of the Sunshine Coast's high-tech Immerse Studio seem to be limited only by the imagination.