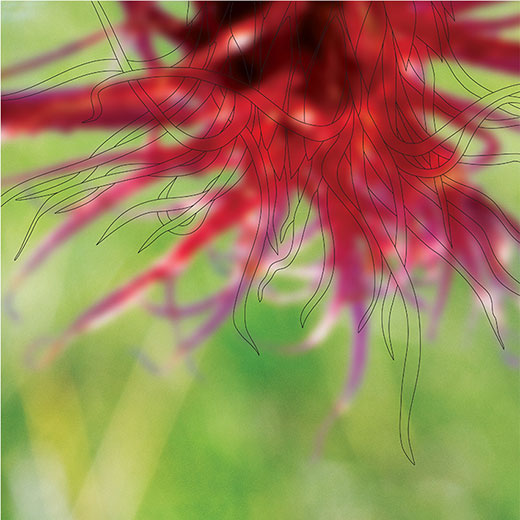 The exhibition of sculpture, light installation and photography will be officially opened by Ant McKenna, the Team Leader of Cultural Programs, Community Services and Community Relations at Sunshine Coast Council.

Intersection Interaction will feature selected pieces from The Niche Art’s extensive catalogue of public artworks that explore the intersection between art and landscape, both built and natural, and human interaction with art.

“Glen Manning and Kathy Daly have been creating public artworks across Australia for many years and there are several of their works on our campus.

“The work that we are most proud of and that expresses the care and artistry they put into each piece is the glorious series of digi-glass windows in the stairwells of Building H1.”

Ms Oelrich said the work, called Allocasuarina Emuina, was purpose built in 2011 after the artists did extensive research on the campus and had discussions with the environmental scientists about the plant life at USC.

“The Allocasuarina emuina, or Emu Mountain Sheoak,is listed as an endangered species with a limited growth area that includes the Mooloolah River National Park and the USC Sippy Downs campus,” she said. “It is a gem.”

The exhibition will continue at the USC Gallery until Saturday 20 December.

It is open free to the public from 10am to 4pm Monday to Saturday and closed Sundays and public holidays.

USC will host a workshop for wordsmiths who are keen to share their stories through poetry and performance at the Sunshine Coast Council’s annual Horizon Festival.

Rockets will be launched by chemical reactions, music and art will be used as counselling tools, and robots will help solve simulated real-life problems at a USC Experience Day to give students hands-on insights into future careers.

USC Design portfolios are hot off the press

University of the Sunshine Coast advanced-level Design students will showcase their digital design and commercial graphic portfolios in a new exhibition, Hot off the Press, to be officially opened at USC’s Art Gallery at 6.30pm on Friday 4 November.

Dreamy exhibition of ink drawings to open at USC

A stunning exhibition of large-scale drawings by Buderim artist David Green will open at the University of the Sunshine Coast Gallery on Thursday 7 July at 6.30pm.

Exhibitions that celebrate the canoe-making skills of the Kabi Kabi/Gubbi Gubbi people and the print-making artistry of villagers in Vanuatu will open at the University of the Sunshine Coast Gallery on Thursday 9 July.