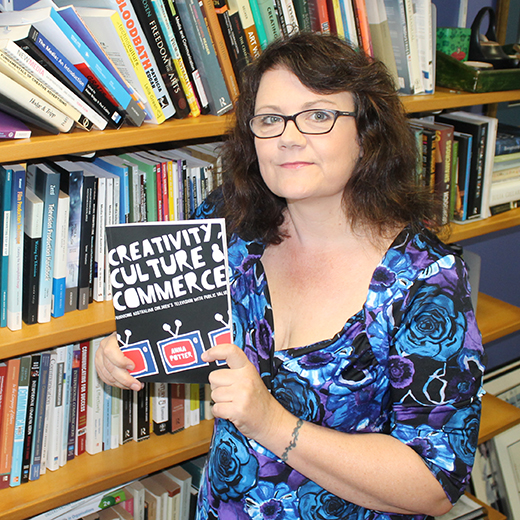 “There have been big changes since the introduction of digital television,” Dr Potter said. “As the audience and ad revenue have fragmented, commercial networks are spending much less money to fill their mandated quota of children’s television hours and a US or UK repeated cartoon is a lot cheaper than a first-run Australian drama.

“There are subsidies available to produce Australian programs but animation is generally cheaper to produce than live action. Kids like animation but it tends to be less culturally specific because it is produced with an international market it mind.

“ABC3 is doing a great job with kids’ live action drama, but the ABC has just had its funding cut and they don’t have children’s local content quotas to fill, so production could be reduced or cut at any time.”

“Australia is very good at making kids’ dramas that have been successful all over the world, starting with Skippy. More recently Dance Academy and H2O: Just Add Water have done very well, but both were international co-productions relying heavily on German funding.

“The trouble with co-productions is that everyone wants that TV to work for their audience and so there’s pressure to lose overt markers of Australianness. You’re ending up in the position where the taxpayer is subsidising kids TV but the end result doesn’t always look or feel Australian and that’s where my book is about public value.

“Is the public really getting value for its investment in kids’ TV if that kids’ TV doesn’t really situate kids in their own Australian culture? If it’s just made for an international market and it doesn’t even look Australian, why are taxpayers subsidising it? That is my question.”